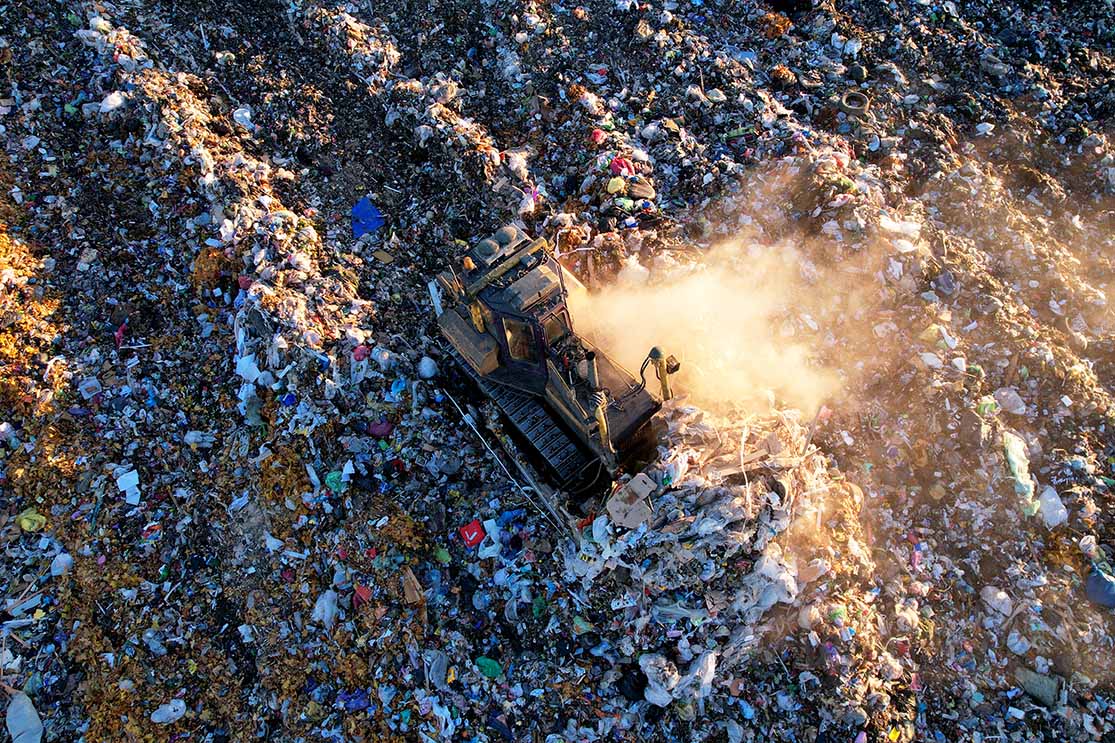 China’s National Sword policy caused the quantity of plastic landfilled in the U.S. to jump by 23%, researchers at the University at Buffalo found.

The University of Buffalo study found that while China’s Green Fence policy in 2013 had no statistically significant impact on the amount of plastic landfilled in the U.S., the National Sword imports restriction was a different story.

After controlling for oil prices, the producer price index and the amount of plastic scrap exported, the research found that 23.2% more plastic was sent to U.S. landfills in 2018, the year China’s import bans began to take effect.

“Furthermore, analysis of the annual reports submitted by registered MRFs in New York state reveals that the total amount of plastic recovered by them has decreased,” the report said.

The report used annual data from the U.S. EPA between 2008 and 2018. MRF managers were also interviewed for the study to provide anecdotal evidence and the researchers analyzed company annual reports.

“This paper represents the first attempt, to the best of our knowledge, to provide an econometric analysis to test the impacts of China’s National Sword policy on the amount of plastic landfilled in the U.S.,” the researchers wrote. “In doing so, we provide a data driven approach to assess the extent of the impact of the Sword restrictions on plastics, which may be useful to U.S. policymakers.”

As for the effects on MRFs, the study found that most MRFs’ costs increased, because they had to improve the quality of materials sorted and meet contamination standards.

“For example, one MRF we spoke with had to increase the number of sorters and slow down its sorting line by 40% to improve the quality of their sorted plastics and paper, leading to a doubling of operating costs,” the study said.

The report added that the MRF operator also said it was difficult to meet the minimum weight limit for containers because plastic is bulky and light, and the company “worried about having a load rejected in China and not receiving payment.”

Researchers concluded that the finding “underlines the importance of improving domestic plastic recyclability and recycling rates.”

The research was funded by a state grant. The New York State Department of Environmental Conservation (DEC) awarded $1.9 million to the University at Buffalo’s RENEW Institute in 2020.

A version of this story appeared in Plastics Recycling Update on April 6.