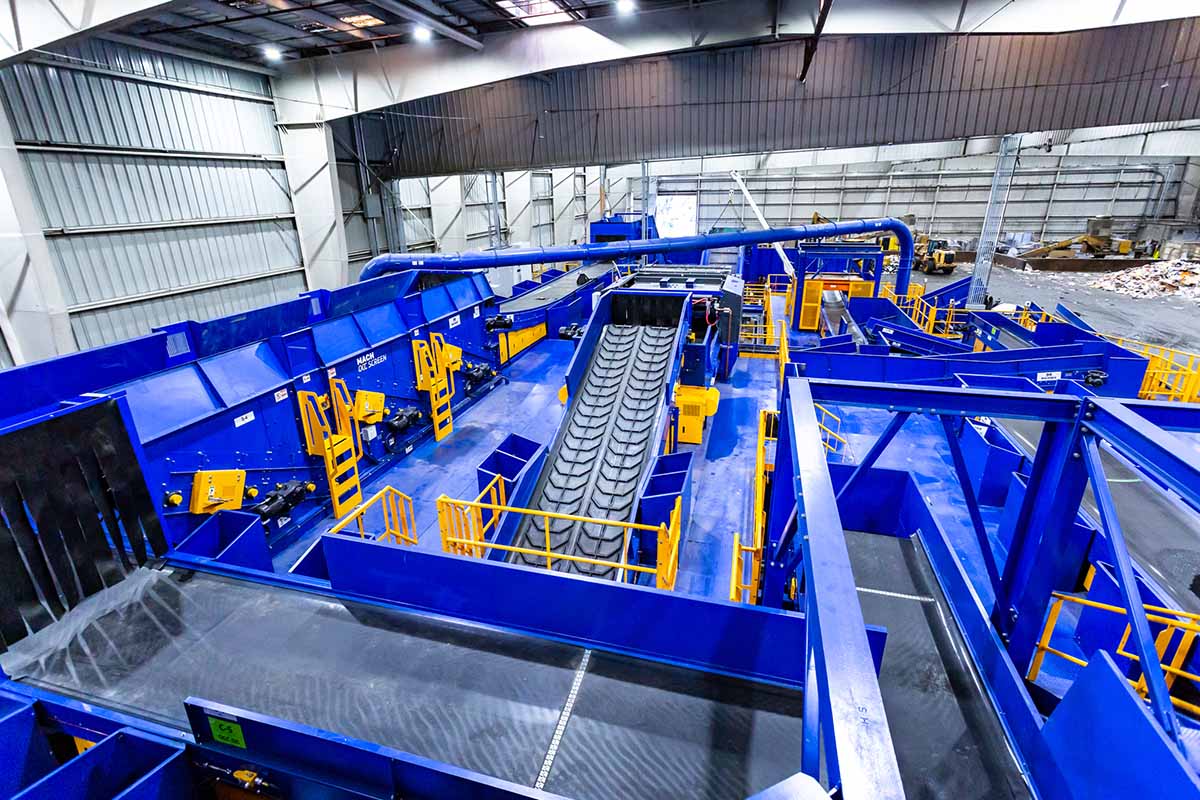 The city of Phoenix has selected Machinex to build a 30-ton-per-hour, single-stream system in 2023. | Courtesy of Machinex

Several MRFs around the country have recently upgraded their equipment or started the construction process.

After a $4.2 million upgrade, a Lexington, Ky., MRF can once again accept paper for recycling, along with adding carton service.

A city press release said as of April 7, paper will be allowed in curbside carts and mixed recycling dumpsters after it was suspended in 2019.

“We’ve missed the convenience of being able to recycle paper curbside,” Mayor Linda Gorton said in the press release. “Now the machinery at the Lexington Recycle Center has undergone a $4.2 million upgrade, and we’re ready to go.”

In addition, the city got a grant from the Carton Council to recycle cartons.

With the new equipment and upgrades to existing equipment, the MRF will be able to sort paper collected curbside more effectively, increase capacity, use optical sensors to sort plastics, sort out glass earlier in the process to reduce equipment damage and carry material more efficiently due to a new conveyor belt layout, the press release said.

As Phoenix chases its goal of being a zero-waste city by 2050, it has selected Machinex to build a 30-ton-per-hour, single-stream system in 2023.

The MRF has a processing capacity of more than 10,000 tons per month and can sort paper, cardboard, HDPE, PET, PP, mixed plastics and glass from the residential curbside program.

It is “designed to be flexible and adaptable, making Phoenix resilient to market and commodity changes over the next 20 years,” said Rick Peters, city deputy director of public works.

Athens Services recently broke ground on its new MRF and transfer station located in Irwindale, Calif., outside of Los Angeles.

The MRF will have photovoltaic panels on the roof to produce solar energy. The site will also have a recycling science and technology center and “the latest in artificial intelligence, robotics and optical sorting technology,” according to a press release.

After it opens in late 2023, the 250,000-square-foot facility will be the largest MRF in Los Angeles County and will be able to process up to 6,000 tons of mixed-MSW, organics and construction material per day. The facility will also create over 300 jobs.

“The technology will be astonishing,” said Riel Johnson, senior director of resource recovery at Athens Services.

A Charlotte, N.C., mini-MRF found itself with more pandemic-related plastic than its tabletop shredder could handle, so equipment manufacturer WEIMA stepped in to help.

The Innovation Barn, which is run by Envision Charlotte and is part of the nonprofit organization Circular Charlotte, helps divert items from the landfill and educate people on the city’s zero waste and circular economy goals.

Envision Charlotte had initially equipped the facility with a hand-fed pre-shredder to grind collected takeout containers, which were then put into a tabletop extruder. The product was used as the filament in a 3D printer to make bricks, to show how plastics can be reused, a press release said.

But with the pandemic, the Innovation Barn began to take on the task of shredding and recycling take-away containers used by local schools, hospitals and nursing homes. The tabletop shredder was “unable to handle such a large volume,” the press release said.

In summer 2021, WEIMA America loaned the facility a granulator with a sound enclosure, then recently donated a larger shredder. WEIMA North America’s headquarters is nearby.

“The impact of this project will be monumental and far-reaching, even beyond Charlotte,” said Audrey Brewer, North American marketing manager with WEIMA America. “Other cities are modeling their own recycling programs by learning from what Envision Charlotte is doing.”