In My Opinion: A new way forward for packaging EPR

As someone actively engaged in a collaboration to craft the ideal extended producer responsibility (EPR) legislation for Hawaii, I spend a great deal of time analyzing and comparing EPR system models. I do this not because I’m unsure which model best addresses the environmental and social justice concerns that drive my interest in the issue, but because I know my effectiveness as an advocate for community-driven, waste-to-wealth initiatives depends on my ability to also understand the needs of those motivated primarily by profit.

Current support for EPR policy falls into two general categories. Those in favor of producer-run programs assert it makes more sense to let the producers charged with funding these programs control how they operate; those calling for municipal reimbursement agree that producers should pay but say it’s better to keep decision-making at either the city or county level.

When I learned the online Resource Recycling Conference (held earlier this month) included a session called “Why We’re Ready to Support Producer Responsibility for Packaging,” I signed up hoping to understand what was bringing representatives for the American Beverage Association and Unilever together with municipal officials from New York City and Seattle. 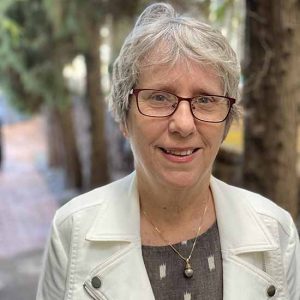 This hour-long discussion offered two critical insights. First, although differences regarding who should control discarded materials have not been resolved, there is broad consensus regarding the need to redesign products and packaging in ways that facilitate their repair, reuse and recycling. And, second, if everyone is clear this type of upstream innovation is needed but at odds over what happens next, creating space for the downstream “waste-scape” to evolve before locking ourselves into strategies for managing it is the prudent thing to do.

The issue of system and material control was illustrated during the conference session when the New York City representative, Kate Kitchener, explained that EPR legislation moving forward in her state excludes items covered by its existing bottle bill. That fact inherently complicates EPR support from producers because the high-quality plastic and aluminum recovered through the redemption system might not necessarily be theirs to move back into packaging (and help them reach content goals).

While access to post-consumer materials in a regulatory environment that requires their use is a legitimate concern, there is no need to insist on a model that hamstrings other producers.

The best way to address this concern for beverage manufacturers is to establish a national bottle bill that includes standards for deposit fees, redemption targets and a mandate to return beverage containers to the producers who put them on the market. The standard this policy sets can be extended to materials beyond beverage containers.

The most expedient way to get producers innovating upstream is to establish a single comprehensive set of federal standards that require increased use of recycled content alongside better labeling and eco-modulation. A nationwide approach provides the certainty producers need and allows the movement to progress without creating a power struggle over who will manage downstream resources.

Moving on to differences over who will pay for these reforms and how, once again the idea of decoupling upstream and downstream responsibilities offers a resolution.

Producers alone control how their products are made and packaged, and their business models have always included budgets that fund those choices. Similarly, municipalities have always had access to taxpayer funding to support the collection and disposal of discarded materials.

The challenge faced by those seeking to reduce wastefulness is to take the trillions of dollars already spent making waste and reallocate the money to reduction, reuse and recovery initiatives that build wealth in economically deprived sectors instead.

To this end, I introduce the concept of transitional EPR, the idea that producers should not be expected to pay for downstream operations in perpetuity. What we should expect instead is a willingness for them to reimburse municipalities for the costs associated with transitioning to a world in which products and packaging are readily repaired, reused or recycled.

We have every reason to expect that, once mandated upstream innovations kick in, the volume of non-recyclable materials will decrease and the value of recovered materials will increase in ways that ultimately bring the cost of handling them well within the reach of municipalities across the U.S.

This approach essentially eliminates the need for producers to manage downstream resources through producer-run EPR schemes.

My takeaway from the Resource Recycling Conference discussion is that no argument in favor of a strategy that divides us is as compelling as the call to move forward on what unites us. Broad consensus in favor of upstream innovations is enough to allow the EPR movement to proceed with the support of high-profile producers.

A national, unified standard for less wasteful packaging is the place to begin. Let’s work together to provide producers the certainty they need to effectively innovate upstream and create space for the downstream waste-scape to take shape.

I personally believe that municipalities are better positioned to create the customized downstream solutions required to turn our wasteful economy into a circular one. But I am also willing to take a “wait and see” approach in anticipation of the changes a concerted national packaging redesign effort will bring.

Kristine Kubat is executive director of Hawaii’s state recycling organization, Recycle Hawaii. She can be contacted at [email protected]