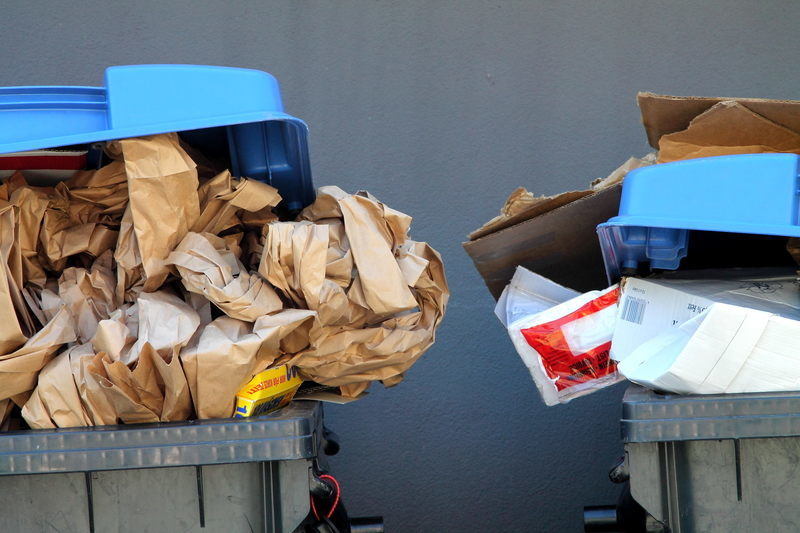 Stewardship Ontario, which helps fund that province’s residential recycling program, reported a lower recycling rate for 2019 than the year before. Less newsprint entering the recycling stream drove the decrease.

The group recently published its annual report, covering recycling activities in the “Blue Box Program” throughout 2019. The Blue Box Program is the partially producer-funded residential recycling program in Ontario.

That came in lower than the program’s government-mandated recycling target of 60%. It’s the first year the rate dipped below that target, although the program has seen a “downward trend in the rate and recycled volumes in the last five years.”

The decrease was “primarily because of the steep decline in newsprint due to continued media digitization,” Stewardship Ontario reported. “Historically, newspapers have represented a large volume of material in the Blue Box and, because of their high recycling rate, boosted the performance of the Blue Box program overall.”

Additionally, higher residue rates and stricter contamination standards among end markets reduced the amount of recyclables managed through the program, according to the report. Meanwhile, the population grew in Ontario, further pressuring the recycling rate.

Collected recyclables in Ontario peaked in 2008 with 929,529 metric tons managed through the program. After fluctuating during the few years following that peak, collection has decreased each year since 2013.

The 2019 figure represents the lowest annual weight managed through the program since it launched in 2004.

The Paper & Paperboard Packaging Environmental Council last week wrote about the Stewardship Ontario report, as well as the Ontario EPR program’s in-progress transition toward a system of greater producer control and funding responsibility.