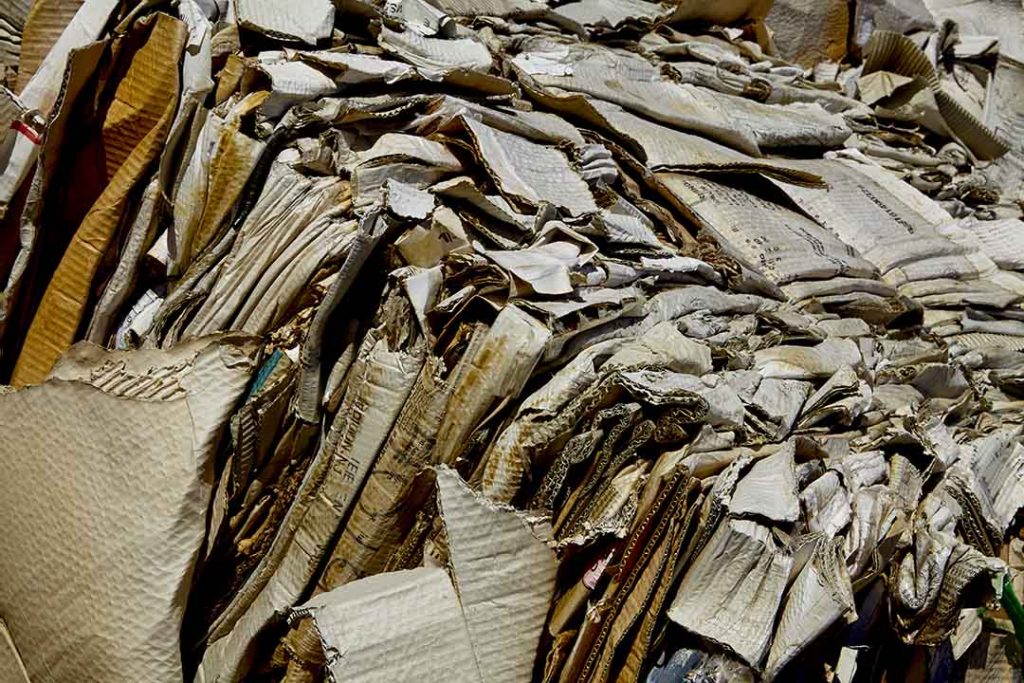 Paper mills that use a lot of recovered fiber were forced to pay substantially more for OCC over the past few months, reflecting the global strength in corrugated packaging demand.

Each company commented on the significant runup in OCC prices, as they did in the previous quarter. As of this month, the U.S. national average for OCC is sitting at $161 per ton, up $30 from the previous month and up from $57 per ton a year earlier.

“We see the rise in OCC cost as a reflection of the underlying strength and global demand for corrugated packaging,” said Tim Nicholls, chief financial officer of Memphis, Tenn.-headquartered International Paper, in the company’s July earnings call.

Some company leaders offered predictions for future feedstock pricing, although they noted the exercise is essentially a guessing game. But by and large, they agreed that some of the key underlying trends are here to stay.

‘All time demand’ for all recovered fiber grades

The strong global containerboard demand suggests the U.S. recovered fiber market will continue to export OCC, according to International Paper. Recovered fiber exports have partially rebounded this year after their 2020 drop.

International Paper is a major player in the recovered fiber space, consuming about 5 million tons of OCC per year in its mill systems in the U.S. and Spain. The company anticipates its overall feedstock costs will increase by $85 million during the third quarter and that OCC will make up about 60%, or roughly $51 million, of the increase, the company reported.

Howard Coker, president and CEO of Hartsville, S.C.-based Sonoco, said recovered paper prices “may still rise this quarter due to strong domestic demand.” And Rodger Fuller, executive vice president at Sonoco, echoed that there is currently an “upward bias” on OCC pricing.

“The container mills are still pulling very heavily,” he said. “We’re seeing premiums in the marketplace. So, at this point, I wouldn’t tell you exactly what it’s going to do in the coming months.”

However, Coker said Sonoco believes prices will “follow historic patterns and likely decline in the fourth quarter as collections improve and demand should slow.”

Mark Kowlzan, CEO of Lake Forest, Ill.-based Packaging Corporation of America, told an investment analyst that “your guess is as good as mine” when it comes to future pricing, but he noted that “you have to believe with the current trends it’s going up and there is nothing that indicates it’s going to go down any time soon.”

“Some of the latest data that’s come out indicates record low nationwide inventory levels of recycled fiber availability, all time demand for all recycled fibers across the board,” Kowlzan said.

The OCC pricing runup has one mill operator happy to have less reliance on the commodity. Although the company has made recent investments expanding its recovered fiber processing capacity, Packaging Corporation of America remains a smaller player in the recovered fiber landscape.

“Being a primarily virgin fiber-based producer of containerboard minimizes the impact of significant increases in recycled fiber costs over the last several quarters,” Kowlzan said. He said the company appreciates the flexibility it maintains in its feedstock sourcing.

“We still remained the lowest dependent on OCC, as an example, compared to the rest of the industry,” Kowlzan said. “We can take advantage of it, but again we’re always mindful of maintaining our flexibility and fiber utilization.”

Ward Dickson, chief financial officer for Atlanta-headquartered WestRock, said his company’s fiber mix is currently about 35% recycled feedstock and 65% virgin. Echoing Packaging Corporation of America, Dickson emphasized that WestRock has the capability “to be able to take advantage of introducing more recycled fiber mix into our virgin system and vice versa as market conditions for those critical input costs change.”

WestRock is well-positioned to monitor changes across the recycling sector because it operates single-stream MRFs and other recycling facilities. In fact, the company handles more recovered fiber than it consumes, company leaders reported.

David Sewell, CEO of WestRock, referenced ongoing OCC generation changes tied to the pandemic and consumer trends. He said more material is coming in through the residential stream as opposed to commercial generation, driven by e-commerce and pandemic-related stay-at-home orders.

The growth of e-commerce has generated industry-wide questions over how to ensure capture of OCC, because the material can be more contaminated and harder to recover when it reaches consumers rather than commercial outlets. But Sewell said recovered fiber generation at WestRock facilities increased 3% over the past year, in part because of investments the company has made.

“What we’ve done inside of our system is we’ve actually made some investments in our single-stream capabilities to ensure that we can capture some of the smaller sort packaging that we see from the e-commerce stream,” Sewell said. “So generation in our facilities has been up.”

WestRock saw its recovered fiber costs increase by $22 per ton in the third quarter compared with the second. Overall, OCC is up $77 per ton since the end of the company’s 2020 fiscal year, executives said.

Langevin added that the company also faced low OCC generation in Ontario because of ongoing pandemic stay-at-home orders, which created “non-typical generation” during the most recent quarter.

But by July, Cascades “significantly increased our inventories in all our mills and we have no challenge getting supplies,” Langevin said.