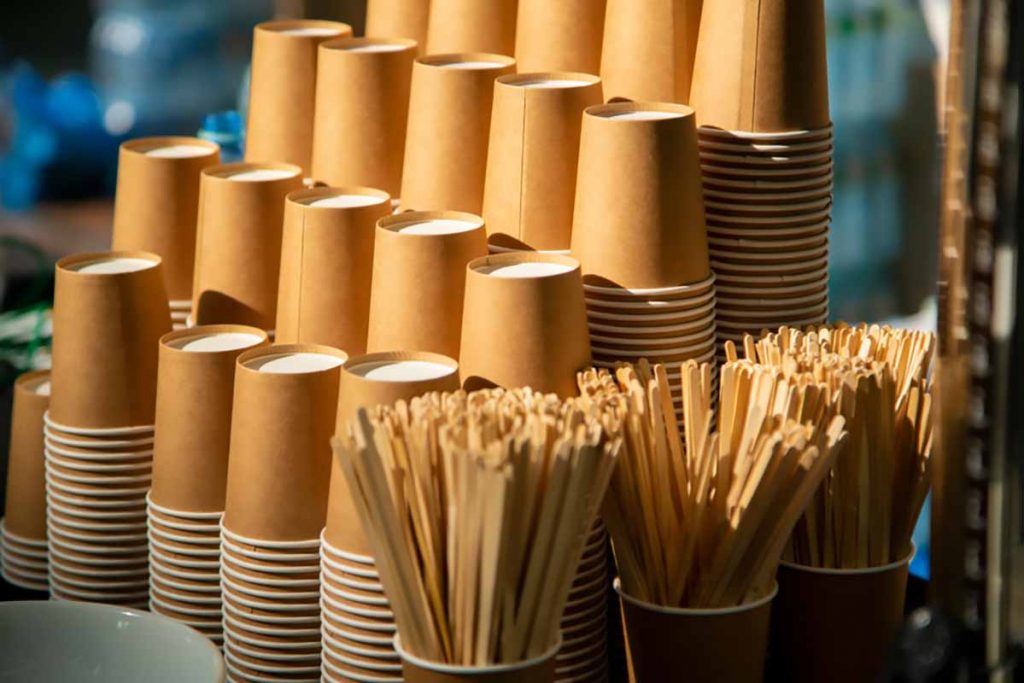 Leaders at Smart Planet Technologies, which produces a coating that minimizes contamination during the fiber milling process, say they have seen adoption in several global regions. But several factors have limited U.S. growth.

The product is increasingly being used by manufacturers of single-use coffee cups and other fiber-based foodservice products in Australia, Europe and elsewhere. Smart Planet representatives say that fact is allowing for a cleaner recycling process, particularly at the mill level.

“Despite all that, the U.S. has been quite difficult for us to make progress in,” said Chris Tilton, chief technology officer at Smart Planet. “A lot of it is the communication between the recycling industry and the packaging industry. Some of it is just resistance to change.”

He and company CEO Will Lorenzi described the coating, its recyclability attributes and its potential for the recycling industry.

The company early on narrowed its focus to poly coating “because it’s been such a historical contamination problem,” Tilton said. He added that “the recycling industry struggles to try to sort out and deal with these types of papers. … It really creates a real industry-wide problem.”

Poly coatings are included in foodservice items as a protective barrier. In coffee cups the coating adds insulation and structural strength.

Fiber products with poly coating are accepted at some paper mills. According to the American Forest & Paper Association (AF&PA), there are 30 mills in the U.S. and Canada accepting poly coated products. In recent years, there has been a push for greater acceptance in part because the underlying fiber is typically a high-quality grade. Fiber giant WestRock, for example, produces a cup stock made from solid bleached board (SBS), a premium fiber grade.

But traditional coating solutions on the materials can add contamination to the recycling process.

“When it goes into the pulper, the coating does separate during pulping, but the coatings are very light, they’re lighter than water, so when they separate in the pulper there are large flakes of plastic that separate, but then they move forward and the contamination occurs in the screens,” Tilton said. “The plastic particles get in the screens, they contaminate, they block, they clog and create chaos and disarray in the screening.”

Smart Planet explored how it could keep the benefits of poly coatings that packaging producers need, but do so in a way that did not generate plastic contaminants in the fiber recycling process. The company developed EarthCoating, a barrier made from polyethylene or other polyolefins, that is mineralized, Tilton explained. This changes how it acts in the pulping process.

“We’ve highly mineralized it, up to 51%, so when the coated papers go in, they do everything that a regular 100% plastic coating does in utility and function, but in the pulper they separate immediately from the fibers, or nearly immediately,” Tilton said. “And because minerals are really heavy and dense, the coating breaks into really fine particles, and it harmlessly washes out of the pulper.”

He likened the concept to additives put into various paper products. Some papers, for example,  include fillers made from calcium, talc, carbon or other minerals, to make the paper smoother or more opaque.

“That’s not a contaminant to recycling, because the minerals just break out of the fibers and they wash out,” Tilton said. “What we’ve done is we’ve taken that process, in which those fillers harmlessly process, and we’ve taken those attributes and put it in the coating.”

International interest, but not domestic

Company leaders said the mineralized coating has taken off in other parts of the world, and not just by small end users.

Will Lorenzi, president and CEO of Smart Planet Technologies, said the coating allows these foodservice products to be labeled as curbside recyclable in those markets.

But in the U.S., the company has found slower growth. One reason may be how packaging producers and recycling stakeholders communicate – or don’t – about how certain packaging products act in the recycling process, Tilton said.

According to Smart Planet, one common communication problem comes in the way that fiber “recyclability” is typically measured.

“Many of the packaging companies and the stakeholders are achieving curbside recycling [acceptance] … but they’re doing it only through a re-pulping test,” Tilton said.

These tests demonstrate that the plastic coatings separate from the fiber products during pulping, he said. But they don’t measure further down in the recycling process, he said. A pulping test doesn’t show if there is damage occurring in the screens, or contaminants left over in the final fiber product, he said.

“Fiber yield and a pulping experiment is completely different than actually being recyclable,” Tilton said. “To become recycling certified, a plastic coating needs to have a correct recycling certification, which includes the entire process to the handsheet.”