Data Corner: Recovered fiber finds a way to flow across the globe

In early March, the U.S. Department of Commerce released export data for the first month of 2021, and the numbers showed a surprise on recovered fiber shipments: the U.S. total for January grew year-over-year, despite China instituting a policy to significantly clamp down on fiber imports starting at the outset of 2021. As the top graph below shows, in January 2020, China was by far the top importer of U.S. recovered fiber. A year later it took in only a small portion of U.S. shipments, but other countries (namely India and Vietnam) picked up the slack. Overall, U.S. recovered fiber exporters shipped 1.38 million short tons in January 2020. That total increased slightly to 1.40 million short tons in January 2021. It’s also important to note, however, that overall recovered fiber shipments from the U.S. are just a fraction of what they were before China first instituted the National Sword policy at the start of 2018. 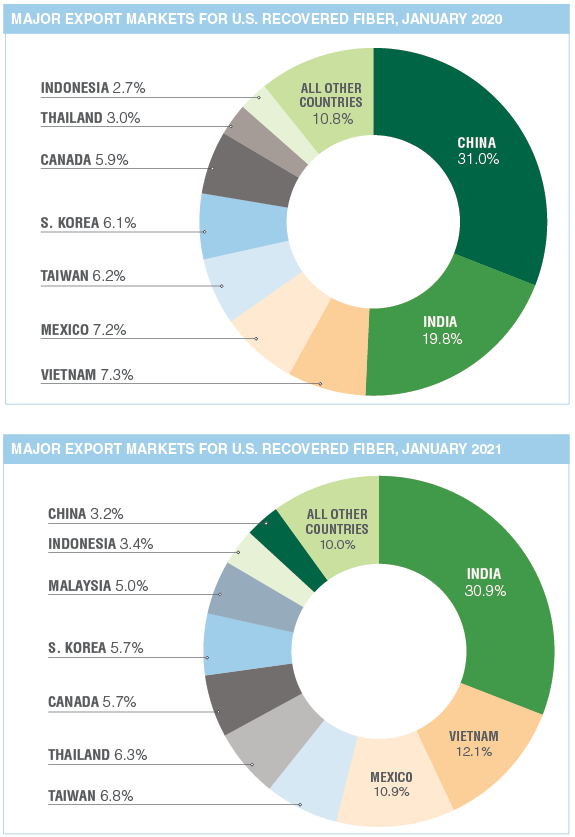