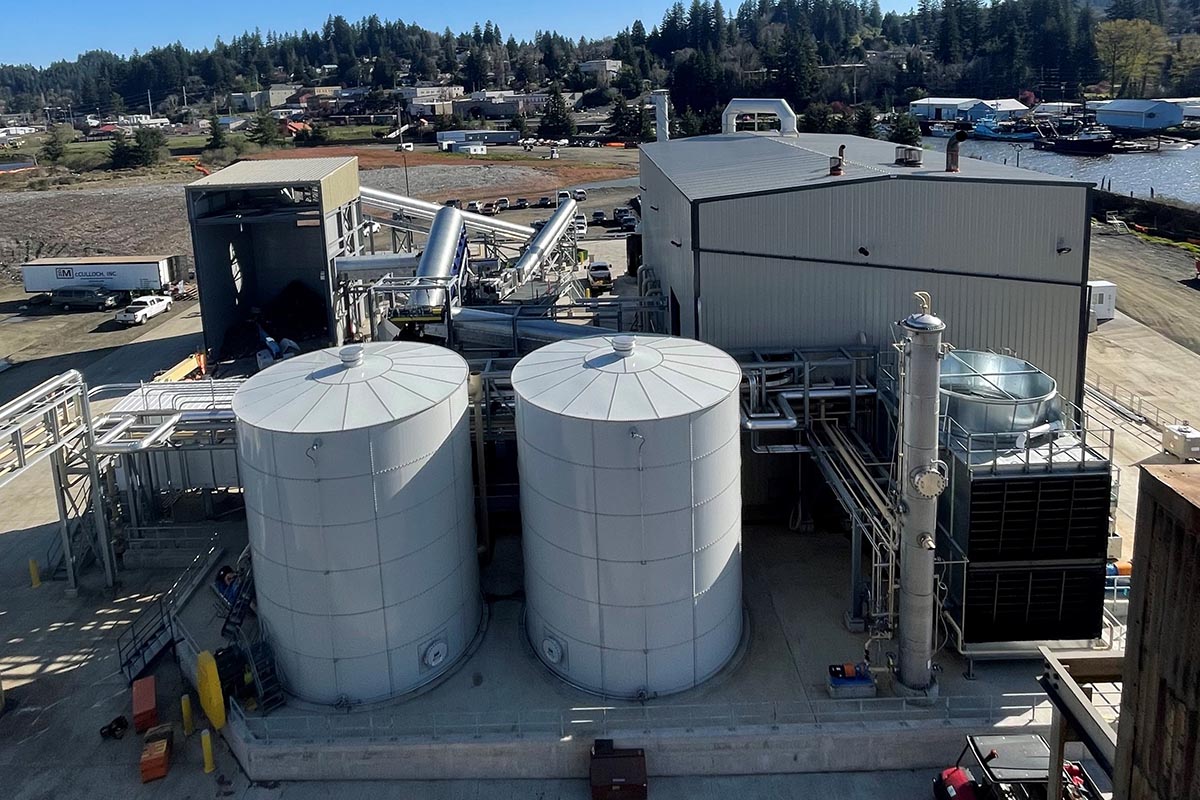 At full capacity, the Juno unit will process 300 tons per day, or about 100,000 tons per year. | Courtesy of Georgia-Pacific

Paper products manufacturer Georgia-Pacific has opened a processing unit to recover fiber from particularly contaminated streams that would otherwise be landfilled.

First announced in 2018, the Juno process extracts fiber from soiled and otherwise contaminated streams, such as paper napkins, cups, plates and wrappers from restaurants and other public gathering spots. The process involves using heat, pressure and screening techniques to separate the fiber from food waste, plastic linings, metals or other contaminants.

In Toledo, GP will use the fiber, along with fiber from OCC, in linerboard used to make cardboard boxes.

“It’s a new-to-the-world waste recycling technology that can recycle and divert up to 90% of what goes to landfills today,” Christer Henriksson, president of Juno, told Resource Recycling.

Henriksson said GP is negotiating agreements to source material from haulers in Oregon. 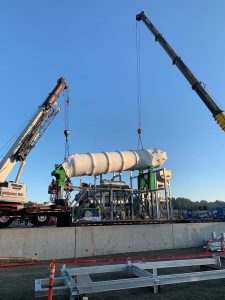 The first such deal was with Dahl Disposal Service, which is also located in Toledo, a small town just upriver from the city of Newport on Oregon’s coast. Dahl trucks will bring material collected on routes serving restaurants and grocery stores to its transfer station, where the material will be baled and wrapped for shipment to GP’s plant a few miles away.

GP has already completed another contract with a waste hauler in the Eugene, Ore. area, Henriksson  said, and third and fourth agreements are already in the works. So far, GP has purchased some baling and wrapping equipment as part of the agreements, but some haulers already have their own equipment they can use, he said.

Separated at waste facilities, not MRFs, the material would be otherwise destined for landfills or incineration, Henriksson said. GP charges to accept the material, with prices in line with market rates for garbage transportation and disposal, he said.

“What we’re creating is a win-win between the hauler and us and also the cities,” he said.

He emphasized the public shouldn’t see the process as a replacement for recyclables collection systems. GP’s recycling arm already buys and sells millions of tons of recyclables each year.

“We want people to continue recycling as they do today, because that way you can generate very clean recyclables that can be sent to MRFs,” Henriksson said. 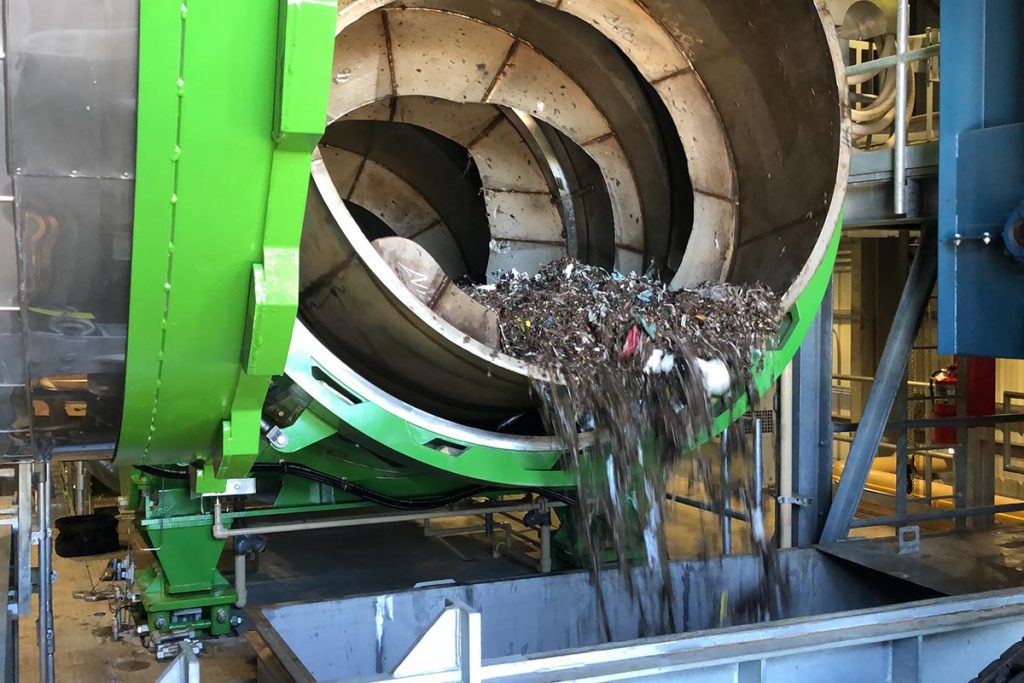 Juno-derived fiber will make up 10% of the linerboard, which is used in corrugated boxes.

Expansion possible in the future

GP provided financial approval for the commercial-scale Juno project two years ago, Henriksson said. It took two years to secure the permits and build the plant, a timeline Henriksson said he feels good about, particularly considering the pandemic and last summer’s devastating West Coast wildfires, which destroyed entire towns in parts of Oregon.

The Toledo plant is GP’s first commercial-scale facility. At full capacity, the Juno unit will process 300 tons per day, or about 100,000 tons per year, Henriksson said. The brown fiber produced by Juno will be used in the Toledo mill’s three linerboard machines along with fiber from OCC.

At most, the Juno-derived fiber will make up 10% of the linerboard, which is used in corrugated boxes. Because the Juno process uses steam to sanitize the material, the brown recovered fiber would also work well in products such as napkins or hand towels, Henriksson noted.

In the next several months, GP officials hope to gain a good understanding of how Juno is working at commercial scale. They’ll be looking at which types of feedstock are most valuable to run, what kind of yields to expect, whether there are throughput concerns and more, Henriksson said.

If everything goes well, GP plans to expand the technology to other plants around the world, he added, noting that he’s already in discussions about a second and third site for Juno plants.

Juno gives GP the ability to use a negative-value feedstock at a time when other recovered fiber, such as OCC, has gotten more expensive. According to RecyclingMarkets.net, the price of OCC has increased to a national average of over $90 a ton. It has generally increased over the past 10 months. Along with OCC, mixed-paper bale prices have more than doubled in the past year.

But Henriksson said Juno is about more than just securing low-cost feedstock sources. He noted that GP makes a lot of the paper products Juno is processing.

“We thought of this technology as kind of a way to improve recycling rates for our customers and also just citizens in general,” he said, “and, at the same time, bring fiber and other recyclables back to the market.”