Asking what should count as recycling, EPA gets an earful 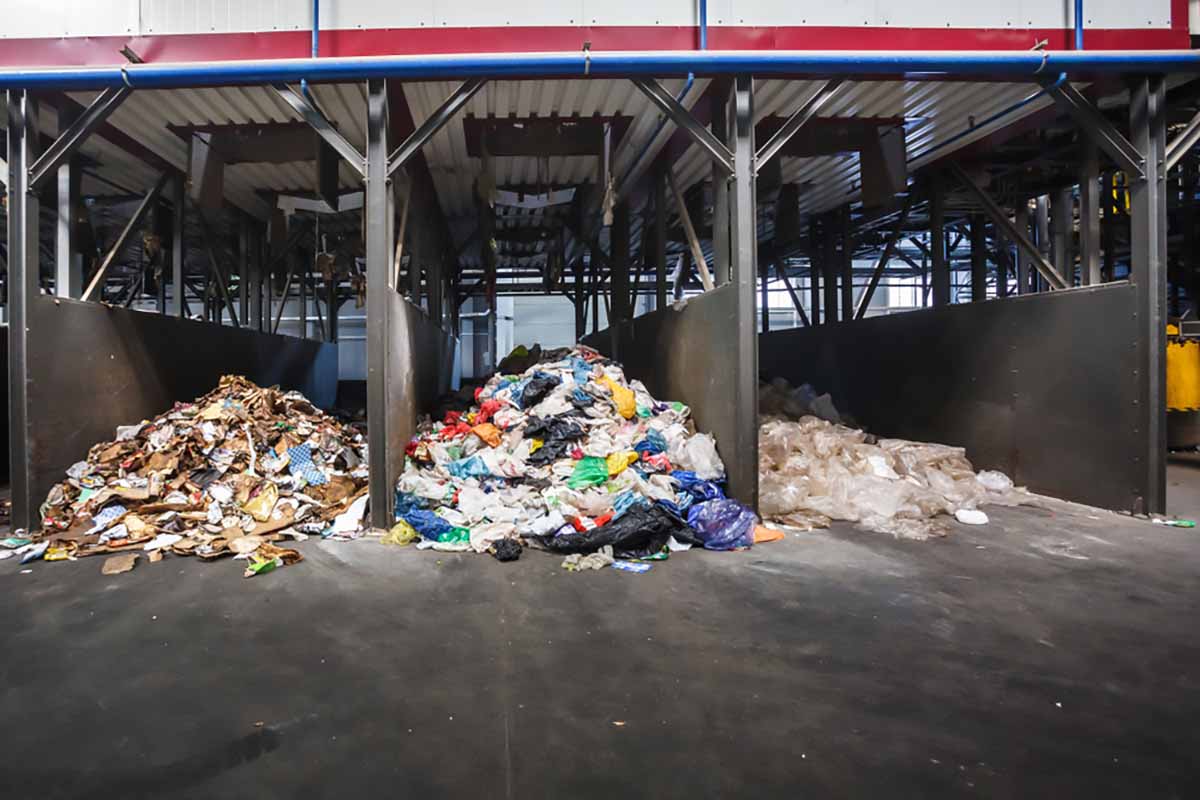 If food scraps from households are composted, should that count in the nation’s recycling rate? What if they’re fed to livestock or processed in anaerobic digesters?

Those are just a couple of the many questions the EPA is grappling with as it seeks to define exactly what “recycling rate” will mean. Last fall, the agency released a national recycling rate goal of 50% by 2030. Using current methodologies, the EPA estimates the U.S. has a 32% recycling rate.

But the EPA is considering changing the calculation methodology. In particular, the agency is examining which sources of material, types of materials, management pathways and destinations to count. Not surprisingly, among the 108 comments from different recycling industry stakeholders, advice differed dramatically. The following are some takeaways from comments submitted by industry stakeholders.

In addressing organics, Waste Management (WM), the largest residential garbage and recyclables hauler and MRF operator in North America, said composting should be counted toward the country’s recycling rate (and reported separately from other recycling activities) but anaerobic digestion shouldn’t. Use as animal feed should only be counted in the recycling rate if the material came from residential or commercial sources, not from farms or other industries, WM wrote.

WM also suggested crushed glass used as alternative daily cover (ADC) on landfills should count toward the U.S. recycling rate, with the company noting that it offsets the use of raw materials.

In a couple areas, WM, a giant publicly traded for-profit company, agreed with small nonprofit MRF operators: chemical recycling of plastics should not count if the outputs are fuels. Chemical recycling, which is sometimes called “advanced recycling,” is a blanket term for technologies that use heat, pressure and/or solvents to break down scrap plastics into chemicals, which can be used to make various products, including new plastics, fuels, and waxes.

Those were sentiments mostly shared by the Alliance of Mission-Based Recyclers (AMBR), a group of nonprofit MRF operators Eureka Recycling, Ecology Center, Eco-Cycle and Recycle Ann Arbor. AMBR urged EPA to exclude plastics-to-fuel technologies, but it also recommended holding off on counting plastic-to-plastic technologies as recycling, until they’re further developed. In the other camp, the chemical recycling companies have urged the EPA to count the activities as “recycling.”

Other commenters urged either wide or narrow definitions of recycling. For example, the Indiana Department of Environmental Management’s Julia Wickard suggested a broader definition that includes composting, anaerobic digestion, chemical recycling of plastic, glass and tires used for civil engineering applications, and fiber and wood waste from C&D sorting facilities. Indiana called for only landfill disposal and waste-to-energy pathways to be specifically excluded.

The Association of New Jersey Recyclers (ANJR), on the other hand, recommended only counting traditional recycling and composting as “recycling.” “ANJR believes in a “best use” definition of recycling. That is, it is better to recycle glass into glass bottles than to beneficially use it for landfill cover,” wrote Angela Andersen of the ANJR.

But New York City does not count a host of other materials and pathways, including waste-to-energy, construction and demolition (C&D) debris, sewage sludge or material from commercial recycling programs, which are tracked separately from the municipal recycling rate.

Debate over factoring in exports

Parties also submitted comments on whether exported scrap materials should be counted as “recycled.” Meanwhile, in recent years and continuing to this day, the U.S. has exported markedly less paper and plastic recyclables, largely as a result of China’s import restrictions.

Waste Management said exports should count, even as the company has reduced its overseas shipments in recent years.

“Most recyclables are global commodities with robust end markets, where the feedstock is needed for the manufacture of new products,” WM’s Jensen wrote. “A global recycling marketplace supports markets for recyclable materials, as well as supply and demand ‘checks and balances’ that help keep our domestic markets strong. Global trade also provides a safety valve when domestic demand cannot keep up with supply.”

AMBR said material exported outside North America should not be considered in the recycling rate.

“Recent years have shown that there is little to no accountability of what happens to those materials after they leave the U.S.,” Kate Bailey of Eco-Cycle wrote on behalf of AMBR. “Without adequate safeguards or global data tracking to ensure those materials are responsibly recycled, the EPA should not include exported materials in the recycling rate.”

DSNY’s opinion landed somewhere in between. The department did recommend including exports in the recycling rate, but it urged the EPA to separately report exported versus domestically recycled material, as a way to provide transparency in the final steps of the recycling process and measure the resilience of the U.S. recycling industry.

“While there is at least some level of oversight and quality control in domestic recycling-what happens overseas is never quite certain or easily traceable,” Anderson wrote. “While there are market forces that pressure international recyclable buyers to act in good faith, there can certainly be instances where recyclables are landfilled, burned, or picked through in unsafe environments.”

Beyond which materials and pathways to count, other commenters also weighed in on how to count.

The Environmental Research and Education Foundation (EREF) suggested creating a methodology to create the methodology.

“EREF suggests that EPA consider developing a methodology to evaluate the additional pathways listed, which could also be used for any future pathways not yet identified, such that these pathways can be reported on when they reach a predefined threshold and can be measured accurately,” wrote Bryan Staley and Suzie Boxman of EREF. “As additional pathways meet these criteria, EPA can provide individual rates for those activities to demonstrate growth, but would not necessarily need to include them in the national recycling rate.”

When it comes to dividing weight recycled by total weight generated, both numerator and denominator suffer from incomplete data sets, he wrote.

For its part, ANJR shared its hope that the EPA’s exercise, itself, would bring improvements to nationwide data tracking.

“For far too many years, states have measured recycling rates differently which has resulted in inaccurate comparisons between programs,” wrote Andersen of ANJR. “It is our hope that with the EPA’s leadership, states will adopt a consistent measurement methodology to enhance the accuracy of national recycling metrics.”