Can this deposit-like system fly in Texas? 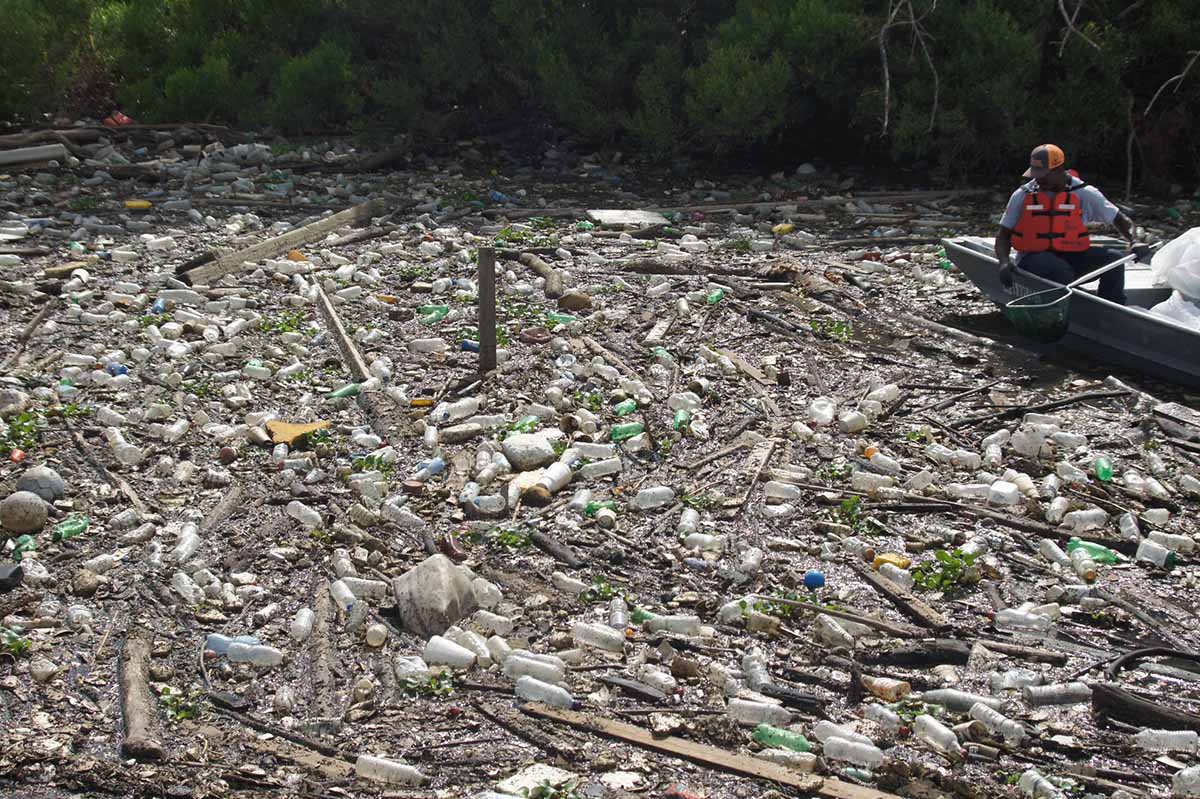 Legislation being considered in Texas would create a program injecting tens of millions of dollars into the recycling system each year while also paying consumers to return plastic bottles, cups and film.

Senate Bill 1276 and its companion House Bill 4022 create what advocates call a “Free Market, No-Tax Rebate Plan” for frequently littered plastic items. One of the backers is the advocacy group Texans for Clean Water, which for years supported bills creating a bottle deposit program in Texas, only to see those efforts stall in the legislature.

The latest concept has deposit-like features, in that consumers pay a fee at the cash register and receive rebates when they return materials for recycling.

But Maia Corbitt, president of Texans for Clean Water, described it as more comprehensive and flexible than traditional bottle bills. “There’s a lot of flexibility in this system, as opposed to that kind of 1-to-1 ratio for deposits,” she said in an interview with Resource Recycling.

For MRFs, the program would initially pay them rebates of 90 cents a pound for bales of PET bottles, plastic cups and film, way more than they’re getting paid for those materials now. On top of rebates, MRFs would keep their revenue from the commodity sales.

“That system is incentivized to get those clean bales to the markets that want them and thereby get that generous handling payment,” said Corbitt, who is a former executive director of the State of Texas Alliance for Recycling (STAR).

For municipal officials, the program would provide a new source of funding for litter abatement and enforcement efforts.

Under the concept, consumers pay a 1-cent fee for each PET bottle, single-use plastic cup and plastic bag they buy. Retailers send the fee revenue to the state via the existing sales tax collection mechanisms. The fee would generate an estimated $253 million a year, held in a dedicated state fund.

The state then moves the money through the following four channels (the numbers below are from a financial model developed by Texans for Clean Water):

Refund redemptions: Some of the money – about $14 million in the first year – would be paid to consumers who return bottles, film and cups for recycling at redemption centers, stores and other collection locations. Consumers would receive 25 cents per pound for eligible material. The 1-cent fee applies only to bags received at retail, but consumers would be paid to return a variety of PE films for recycling, including those for which there never was a 1-cent fee applied. “The intent is truly to get back as much material as possible so it doesn’t leak into the environment,” Corbitt said.

Handling payments: A large portion of the funds – an estimated $36 million in the first year – would be provided to a consortium made up of representatives from across the material value chain. That consortium then pays MRFs and other recyclables processors for bales of eligible plastic bottles, cups and film they sell to end markets. Urban MRFs would be paid 60 cents a pound and rural operators would receive 90 cents a pound. The consortium would only approve these payments to MRFs after the end markets provide a report confirming that the material was recycled. MRFs also get to keep their normal revenue from selling the bales.

Recycling improvements: A large portion of the money would be set aside to improve the recycling system across the sprawling Lone Star State. In the first year, about $30 million would be designated for grants to communities, $50 million for infrastructure improvements, and $10 million for statewide system administration, communication and education. The community grants would be designated for litter and illegal dumping abatement and enforcement, and each county would receive at least $100,000 a year (with more populous counties receiving an additional $100,000 for every 500,000 residents).  The infrastructure grants would be spent early in the program’s life to expand collection infrastructure, including building rebate centers, installing reverse vending machines, and more.

Fund savings: Even after the above expenditures, bill backers estimate a substantial sum – about $113 million – would be left unspent after the first year. That money would be available for multiple purposes. The Texas Comptroller of Public Accounts could spend money on public health emergency prevention, mitigation or recovery programs. And other money would be needed to build the state fund balance, which would help keep the fund solvent as future recycling rates increase and more money is paid out in the form of rebates.

A chance for the bill?

Corbitt noted that Texas has solid end markets for a number of recyclables, as well as an ample plastics reclaimer presence. But capture rates are poor in the state, which doesn’t have a bottle deposit program. For instance, the capture rate for PET beverage containers is estimated at only 12%.

Texans for Clean Water polling shows broad public support for the plan, which reduces litter and supports recycling, which the public views “as the most tangible input to environmentalism,” Corbitt said.

Texas is one of a number of states that prohibit local governments from banning plastic bags.

Corbitt explained she believes the legislation is appealing to Texas legislators for a number of reasons, including the fact that its financial model differs from that of traditional bottle bills. For example, in a traditional bottle bill, the state will raise the deposit to overcome a stalled-out redemption rate, she noted.

Oregon did exactly that in 2017, doubling the deposit from 5 cents to 10 cents, and it increased the container redemption rate significantly.

But the Texas program would not have to raise the 1-cent fee unless there are “gangbuster recycling rates,” which is a fantastic outcome, Corbitt said.

Additionally, the bill does not mandate that companies participate in material collection or storage. That also applies to MRFs, which can choose whether to participate to receive the rebate. “In the end, we’re not trying to mandate anybody participating in the system,” Corbitt said.