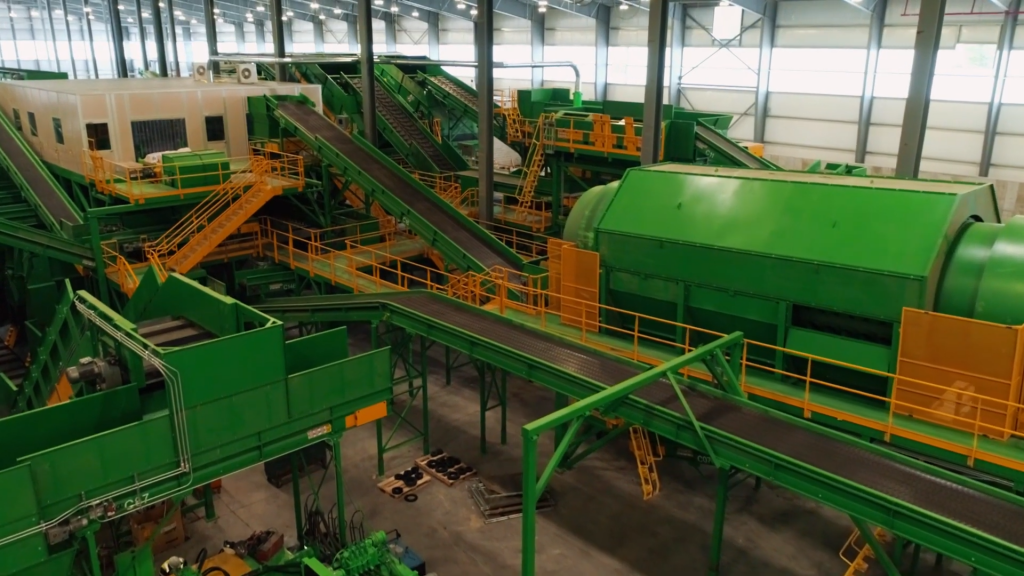 Higher-than-expected costs, recycling market turbulence and other factors led to the recent shutdown of a Maine mixed-waste processing plant. Stakeholders are hoping a new operator can restart the plant, which had run for just one year.

The facility took in its first load of materials in March 2019, and by the end of the year it was handling mixed waste and commingled recyclables from all 115 members of the Municipal Review Committee (MRC), a nonprofit group that represents communities throughout Maine. The facility was working to recover recyclables including plastics and fiber, as well as biogas for energy generation.

But earlier this year, the facility closed due to mounting financial problems. In late May, the facility suspended operations due to “contractual issues with the plant operator,” according to an MRC press release. The facility was seeking $14.7 million to support plant improvements and cash flow, according to the notice, but MRC said that even if the financing came through, it wouldn’t be soon enough to prevent a break in service.

The MRC has held multiple virtual town hall meetings since the closure and is working to bring in a new operator to manage the plant. Stakeholders say the facility remains technically viable.

“It was doing the job that we had asked of it when it closed,” said MRC board member Sophie Wilson during a recent town hall. “It was not a technical issue.”

Still, in a legal filing this month, CRM claims its contracted staffing agency hired inexperienced personnel, leading to downtime and inefficiencies that contributed to the closure.

How the situation unfolded

The CRM closure boils down to expenses that were higher than anticipated in its original business plan, as well as a shortfall in revenues, said Karen Fussell, MRC’s board president, during a town hall meeting. Much of the revenue shortfall stemmed from “factors that really no one could have anticipated back in 2015 when the business plan was really developed,” she said.

That company, Penobscot Energy Recovery Company (PERC), formerly worked with many of the MRC municipalities. PERC and MRC had been locked in multiple disputes, disagreements that were formally concluded in 2016. Additionally, numerous former MRC members decided to send their material elsewhere, rather than to the future Fiberight facility, spurring changes in plant design, Fussell said.

“The worldwide collapse of recycling markets in 2018 and 2019 turned everything on its head, as well,” Fussell said. “While Coastal was successful in extricating a high-quality product from the waste stream and was able to eventually sell the material it was recovering, it took longer to move the product and the revenue they got was greatly reduced from what they had anticipated in that 2015 business plan.”

Further, the facility faced an “extreme length of time” in obtaining official use permits for the energy recovery products it was creating from the non-recyclable materials. These included plastic briquettes and pulp biomass.

“Without the permit, the products could not be sold in-state, so what they anticipated to be a revenue stream actually instead turned out to be a not-insubstantial cost incurred for transportation and disposal of those products,” she said.

COVID-19 served as the “final nail,” Fussell explained. The facility was closing in on a long-term contract with a Canadian company to supply that business with pulp, she said, when the pandemic drove the U.S. and Canada to shut their border. The would-be buyer’s laboratory that was testing the pulp shuttered due to the pandemic.

“It was a series of factors that basically resulted in Coastal using up all the cash reserves it had on hand,” Fussell said.

“Coastal was close to the finish line, and the markets had been identified for the products, and things were starting to move now that Coastal has its beneficial-use license,” said Mike Carroll,  executive director of MRC, during a town hall meeting. “It just didn’t happen fast enough before the finances dried up.”

CRM hired a third-party company, NAES Corporation, to staff and operate the facility. Beginning in 2017, NAES provided all labor and management personnel to operate the site on CRM’s behalf, totaling about 55 employees at the height of the operation.

But in a lawsuit filed June 8, NAES alleges that CRM owes the staffing company more than $1.2 million for expenses and services. The staffing company claims it received assurances from the facility operator throughout the beginning of 2020 that it was working to pursue new funding and would pay its bill shortly.

By early June, however, the staffing company cited “the growing account payable” and ceased major operations at the facility. It announced employees would wind down operations by early July.

CRM acknowledges that “certain amounts have not yet been paid,” but the company has its own side of the story. In a counterclaim filed July 15, the company claims the staffing agency “failed to hire experienced personnel at the facility or at its home office.”

“This led to a high level of downtime, poor maintenance practices, lack of appropriate cost control and an inefficient operation that prevented the facility from running profitably,” the counterclaim alleges.

The case is currently slated for a March 2021 trial date.

Carroll, MRC’s executive director, said the plant was operating well with plans for improvements before it had to suspend operations.

The front-end system was doing “exactly what it’s supposed to be doing.” The back-end section, known as the “wet end,” was creating a quality pulp product, he said, but it was not producing it fast enough. The planned improvements were in this section of the facility.

Meanwhile, the plant was baling recyclables at a high level shortly before its closure, Carroll said. In May, the facility was achieving 60% diversion, Carroll said. Of the diverted material, 20% was made up of baled recyclables.

Some of the solid waste that was previously going to the Fiberight plant is now being sent to Waste Management’s Crossroads Landfill in Norridgewock, Maine, Carroll said during a July 1 update. Other material is going to the PERC facility for energy recovery.

The mixed-waste facility has been cleaned and is ready for a future restart, he said.

MRC has so far decided not to terminate its contracts with the facility. During a town hall meeting, MRC legal counsel Jon Pottle noted that the facility’s supply contracts hold value and are a key component of what makes it attractive to reopen.

Also during the meeting, George Aronson, a consultant for MRC, described the process of seeking a new facility operator.

He did not share many details of the interested parties, noting that at this stage of due diligence, interested entities typically require a non-disclosure agreement be signed. But he said there are “multiple inquiries at various levels of effort,” and he said MRC is looking to see how many of those parties will complete the process and make an actual proposal.

The MRC board plans to meet again on July 22.

Aronson later noted that other mixed-waste processing facilities have experienced challenges and been successfully restarted after downtime, including the RePower South facility in Montgomery, Ala.

“There are precedents that are successful, so there is reason to be optimistic,” he said.

Aronson noted that when the Fiberight facility closed and the news began to spread within the industry, “the phone started ringing from entities across the country … who were interested and wanted more information.”