Processors open up on glass-sorting improvements 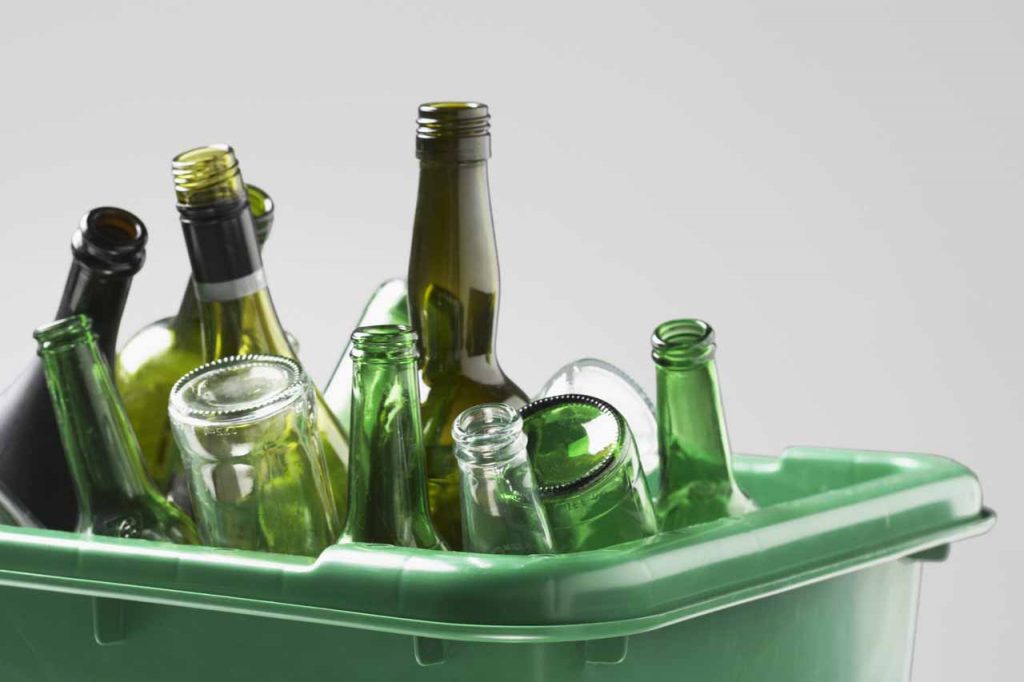 MRFs that are early participants in a glass certification program recently described the benefits of the new initiative.

Scott DeFife, president of the Glass Packaging Institute (GPI), said the quantity of end users is not the problem when it comes to MRFs moving material. DeFife noted there are 45 glass container plants around the U.S. and dozens of fiberglass insulation producers. These operations are “all seeking more recycled glass,” DeFife said.

“The issue may not necessarily be the existence of an end market,” he said. Instead, it could be that the material quality is too low to be marketable, which is where the glass certification program can help, DeFife said.

In addition to helping MRFs develop a pathway to cleaner cullet, glass recycling certification could potentially give a facility a leg up in a bidding process, said Brent Perdue, general manager of Balcones Resources. Municipal decision-makers could view it favorably or perhaps even make such certification a requirement.

Additionally, he said, certification solidifies the viability of glass recycling in general.

“Oftentimes you’ll hear about glass getting dropped from programs and they’ll cite expense,” Perdue said. “But, you know, in some ways that is an avoiding of making the proper investment in this material to make sure that it gets recycled.

Under the certification program, a MRF applies and is considered based on its commitment to improving the quality of its glass. A GRC committee evaluates the facility and determines whether it is eligible for certification.

The program is open to a range of MRFs, including those using source-separated drop-off programs, manual sortation or mechanical sortation, explained Amy Uong, deputy general manager for Sims Municipal Recycling and a member of GRC’s MRF Certification Committee.

The GRC committee evaluates applicants based on a MRF’s current infrastructure and its glass quality. GRC looks for a purity rate of 75% or higher.

The committee also considers a MRF’s end markets, looking to ensure the material is moving to buyers.

“Even though a MRF pulls glass out of its material stream, that glass should be reused,” Uong said.

MRFs are awarded gold, silver or bronze certification based on how they meet the criteria.  Balcones Resources and Sedona Recycles, the two MRF operators that have received certification through the program thus far, are both at the silver level.

At Balcones, glass is 25% of stream

Austin, Texas-headquartered Balcones, established in 1994, operates a flagship MRF in Austin as well as locations in Dallas and Little Rock, Ark.

The Austin facility processes about 160,000 tons per year of material, about 25% of which is glass, Perdue said. The company sends its glass to a Strategic Materials site located near Dallas. As of 2015, Balcones was processing about 11% of all glass recycled in Texas, Perdue said.

Last year, the company completed a significant retrofit of the Austin MRF, including installation of a new glass breaker screen, Perdue explained. The company previously used a two-deck screen and expanded to a four-deck system.

“The reason we did that is because of the volume of glass we get in our mix,” Perdue said.

Balcones last fall was recognized as the first MRF to receive GRC certification.

Clean glass is important to Balcones for several reasons, Perdue explained. For one, glass can easily become a “fugitive material,” working its way into other commodities, he said. Glass can also be damaging to machinery, with glass creating “almost a sandblasting” effect on equipment after hours and hours of operation.

“We want to make sure we get that glass out of the system as soon as possible in order to avoid that,” he said.

Sedona Recycles, meanwhile, is a nonprofit organization that opened a multi-stream MRF in 1996 to serve rural Arizona communities. It collects glass via a drop-off system.

The small Sedona, Ariz. facility is located on a quarter acre of land and processes 11 tons per day, explained Jill McCutcheon, who is the group’s executive director. By weight, between 27% and 29% of the material coming into the facility is glass.

“The MRF certification for us was very important because we are huge supporters of glass,” McCutcheon said. “It was very simple, and we are very proud to be a very small facility that qualified for this certification.”

Glass coming into the Sedona Recycles facility is source-separated by the public into clear and color streams, McCutcheon explained.

The facility has one glass bunker for clear glass and one for mixed glass of amber and green. The glass is broken up using a front loader to get it down to the size required for shipment, McCutcheon said.

“Glass is something that we truly believe in and we have made it our mission to provide the cleanest glass possible to our end markets,” McCutcheon said.

Sedona Recycles sells all of its glass to Strategic Materials in Phoenix, located about an hour away. Sedona has always had an end market for its glass because of the high quality, McCutcheon said. Before Strategic opened the Phoenix plant, Sedona’s glass went to Calexico in California.

“I think this is due mainly to our collection system of not having it commingled with any other material,” McCutcheon said.

“We want people to really think about that when they’re making a purchase,” she said. “Plastic is very difficult to deal with, glass is very simple, it’s clean, and as I stated it’s infinitely recyclable.”