Recycling markets continued to challenge WM and others in Q1 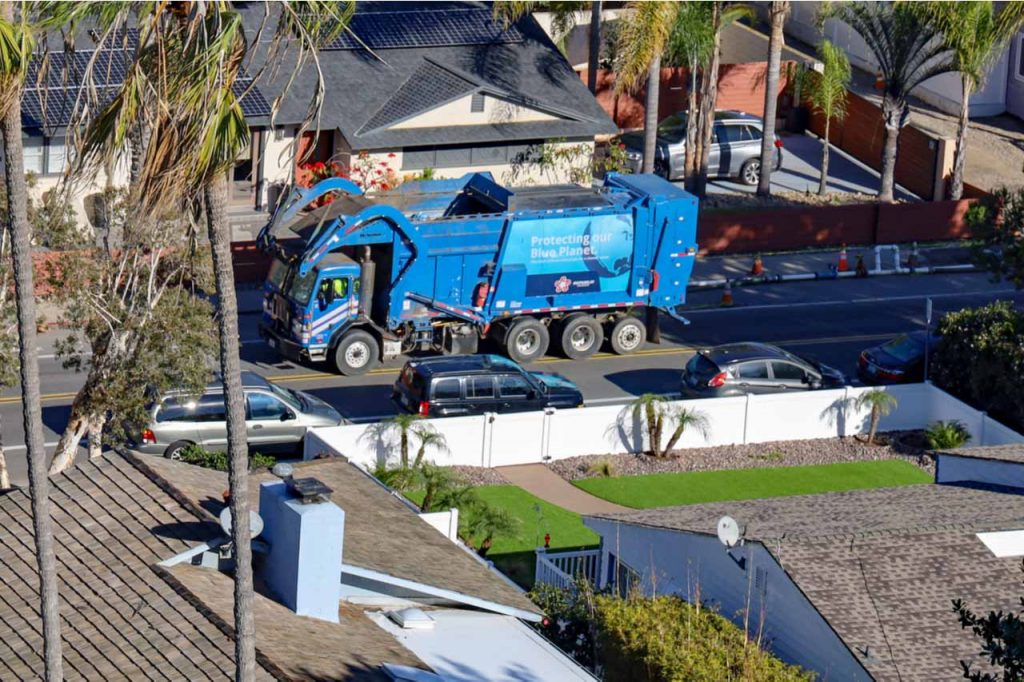 Republic Services is among the haulers that experienced year-over-year decreases in first-quarter recycling revenues. | Rosamar/Shutterstock

Casella Waste Systems is the only one of the large publicly traded firms that has reported greater revenues during the quarter.

Still, some executives could point to increased recycling profitability because their companies are holding down expenses while also charging customers more in processing fees and relying less on the sales of recovered materials.

Additionally, in press releases and calls with investors, company leaders discussed how they have been affected by coronavirus lockdowns, the impacts of which were felt mostly after the end of the first quarter.

They note that the pandemic has skyrocketed the price of OCC, a key MRF recyclable, but that the good news has been muddled by falling prices for other materials.

The following are the first-quarter results from the top companies, listed according to the size of their recycling-related revenues. GFL Environmental, the third largest publicly traded hauler in North America, is not included here because the company reported its results after Resource Recycling’s deadline.

Waste Management’s recycling business brought in $254 million in revenue during the first quarter, down 12.7% year over year.

The company reported commodity values during the first quarter averaged $40 a ton, which was down 30% year over year. The lower price reduced recycling revenues by $59 million, but Waste Management partially offset the decrease by charging fees. The net result was a decrease of $37 million in revenue compared with the first quarter of 2019.

Even with a decrease in revenue, Waste Management’s recycling business saw boosted profits in the first quarter. By cutting costs and improving its fee-for-service model, the recycling business increased its earnings before interest, tax, depreciation and amortization (EBITDA) by almost $3 million year over year.

“These results demonstrate the success we continue to have in restructuring our recycling business to a fee-for-service model,” John Morris, Waste Management’s chief operating officer, said during a May 6 conference call with investors.

Waste Management’s quarterly report also touched on the immediate impact of the coronavirus pandemic on pricing. Demand for recovered materials is exceeding supply in the U.S., pulling prices up for certain commodities, the document noted. In the call, Morris said OCC prices increased in April. According to RecyclingMarkets.net, the national average for OCC hit $73 per ton in April, up 62% from the previous month.

“While we are encouraged by the increase in demand and recovered prices, there are some challenges with other commodities like steel, aluminum and plastics as we’ve seen the prices for these commodities decline,” Morris said, according to a transcript from Seeking Alpha. “Despite all these movements and restrictions in the marketplace, our team continues to be able to consistently move all the tons we process.”

And according to the company’s report, the latest price increases may not last: “We expect this dislocation will normalize and overall, average market prices for recycling commodities are expected to remain meaningfully below long-term averages.”

Below is a look at key first-quarter recycling-related numbers from five of the largest publicly traded residential haulers in North America.

Republic: All MRFs have continued running

Republic Services’ recycling business brought in $67.1 million in revenue during the first quarter, down 8% year over year.

The decrease was attributed to lower selling prices for recyclables. According to Republic’s quarterly report, the average price for recovered commodities, excluding glass and organics, was $76 per ton during the quarter, down from $93 per ton during the same period in 2019 (it was up from $66 per ton in the fourth quarter of 2019).

Additionally, Jon Vander Ark, president of Republic Services, said during a May 5 call with investors that the company has been able to keep all its MRFs running through the COVID-19 pandemic. Republic has implemented social distancing and provided necessary PPE. In places where employees work closer together, plastic protective barriers have been installed to keep them safe.

“Thanks to the hard work and resourcefulness of our procurement and operations teams, I’m proud to report that we’ve been able to continue to operate our recycling processing centers across the country without any disruption,” he said, according to a Seeking Alpha transcript. “In a time like this, when e-commerce activity is increasing and the demand for fiber is increasing, it is more important than ever to keep our operations up and running safely.”

Later in the call, when asked about the more-recent impact of rising OCC prices, Republic CEO Don Slager noted the OCC is only about 25% of the basket of recyclables, which also include aluminum and plastics, and those have dropped in price.

Recycling now makes up 2.6% of Republic’s revenue pie. Overall, the company brought in $2.55 billion during the first quarter, up 3.4% year over year.

Waste Connections’ recycling business brought in $17.6 million during the first quarter, down 9.0% year over year, according to the company’s quarterly report.

The company reported an OCC price of $53 per ton during the first quarter, down 30% year over year. During a May 7 conference call with investors, Mary Anne Whitney, the company’s chief financial officer, said OCC has since shot up to over $100 per ton, with some markets experiencing prices of over $200 per ton.

“However, the collapse of oil prices has eroded the value of recycled plastics, such that the net effect on the current value of the basket of commodities is an estimated increase of approximately 20% from Q1, but down about 15% year-over-year,” she said, according to a Seeking Alpha transcript.

On the call, CEO Worthing Jackman noted prices for OCC have increased because of supply reductions caused by employees working from home, reducing the generation of clean OCC from offices and other workplaces. And, with the shift to residential generation, contamination rates are increasing.

“Our MSW volumes are flat, meaning the volume is still out there,” he said. “The problem is that more people are jamming contaminated waste streams into their recycling bins because they need more bin capacity.”

In a press release, the company noted that the second quarter will be the first to fully reflect the impacts of COVID-19. In April, total company revenue declined 6.0% year over year, or declined 9.3% excluding the impact of other companies acquired since April 2019, according to the release.

Recycling now makes up 1.3% of Waste Connections’ revenue pie. Overall, the company’s revenue totaled $1.35 billion during the first quarter, up 8.7% year over year.

Casella Waste Systems’ recycling business brought in $11.0 million in revenue during the first quarter, up 2% year over year, according to a press release.

Lower commodity prices year over year were responsible for a $2.2 million reduction in revenue, according to the company’s quarterly report. But Casella more than offset that with $2 million from higher recycling processing fees, $300,000 in revenue from a recycling operation the company acquired and $100,000 from greater commodity weight handled. The result was a $200,000 increase in revenue year over year.

During a May 8 conference call with investors. John Casella, chairman and CEO of the company, said the average commodity price in the first quarter was down 33% year over year, but earnings in the recycling business improved.

“This highlights the continued success of our risk mitigation programs, our focus on quality end products and the outcomes of operational initiatives,” he stated, according to a Seeking Alpha transcript. “We have effectively passed on over 90% of the recycling commodity risk back to our customers.”

During the call, Casella also touched on the impacts of the economic slowdown caused by the coronavirus. In April, recyclable tonnages were down about 9% year over year, but higher commodity prices and the company’s tip fees offset that decline.

“From a regulatory standpoint, recycling throughout the Northeast remains vastly unaffected as it relates to COVID-19,” he said.

Recycling now makes up 6.0% of Casella’s revenue pie. Overall, the company’s total revenues during the first quarter were $182.9 million, up 11.8%.

Advanced Disposal Services’ recycling business tallied $2.1 million in revenue during the first quarter, down 32.2% year over year, according to the company’s quarterly report.

Company executives no longer hold calls with investors because of the company’s pending acquisition by Waste Management, which expects to receive final antitrust regulatory approval and finalize the deal by the end of the second quarter.

Recycling now makes up 0.5% of Advanced Disposal’s revenue pie. Overall, the company reported $386.7 million in total revenue in the first quarter, up 0.7% year over year.