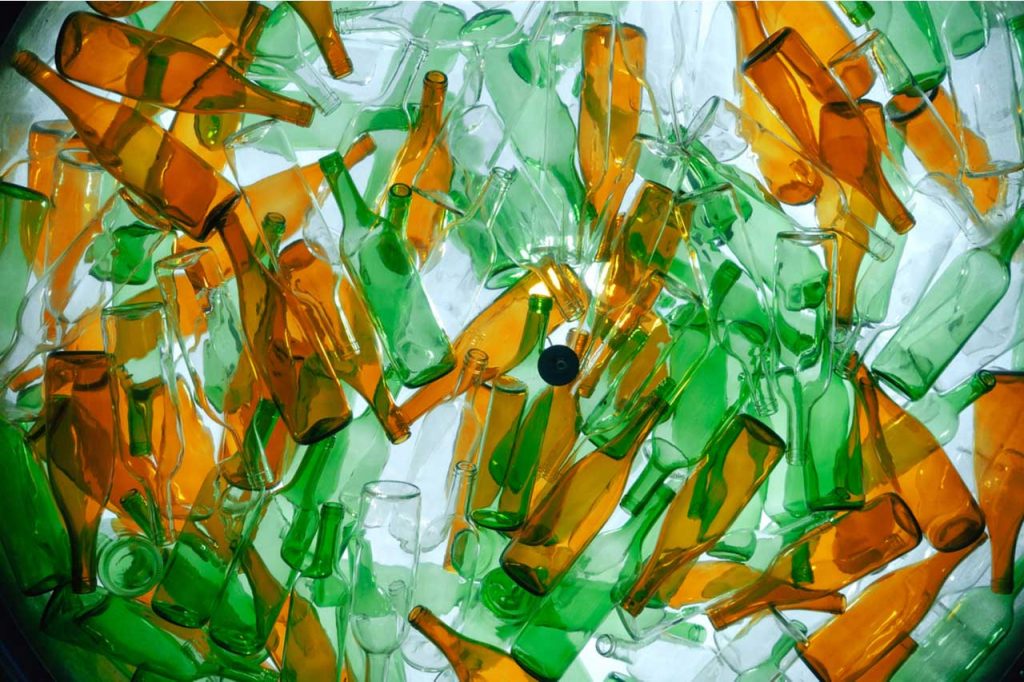 Ontario marketed nearly 82,000 metric tons of curbside glass in 2017, sending most of it to NexCycle, a division of Strategic Materials. | Josep Curto/Shutterstock

A market analysis found a number of downstream options for Ontario’s curbside glass, but material quality and cost challenges pose roadblocks to using many of them.

The study was conducted by consulting firm ReMM Group on behalf of the Continuous Improvement Fund (CIF), which provided $7,500 Canadian (about $5,480) for the glass market review project. CIF summarized the review in a blog post last month.

Currently, most of the province’s mixed glass coming from MRFs is sent to NexCycle Industries, which runs a glass cleanup plant in Guelph, Ontario. The company, which is a division of Strategic Materials, removes contamination and sorts the glass by color. NexCycle produces feedstocks for manufacturers of bottles, fiberglass and beads used in reflective highway paint, as well as a sand-alternative medium used in sandblasting.

The point of the study was to look at what other options the province would have if, for any reason, NexCycle wasn’t able to accept some or all of the curbside glass. Ontario marketed nearly 82,000 metric tons of clear and mixed-color glass to end-users in 2017, according to the study.

“This additional capacity should be able to handle the majority of [mixed broken glass] being generated from Ontario’s municipalities,” according to the report.

There would be challenges accessing those downstreams, however. The cost to transport glass to the companies outside of Ontario may be high, and there would likely be processing fees for mixed glass. Together, those costs could make downstreams cost prohibitive.

Additionally, curbside glass is often contaminated with other materials, making it hard to hit those end-users’ specifications, the report noted. The consultants suggested exploring investments in glass cleanup systems at MRFs, as well as market development initiatives to expand glass processing in the province.