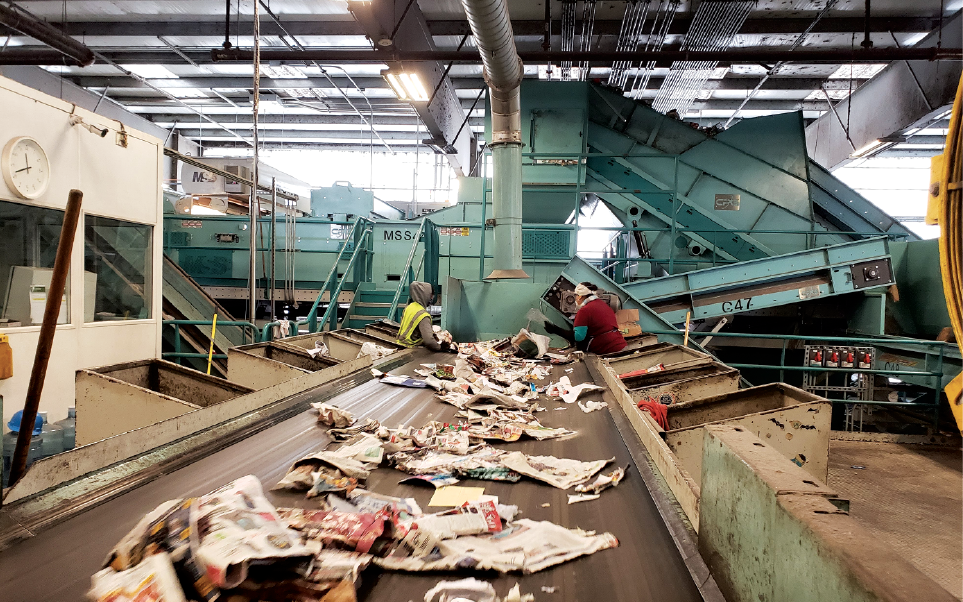 The strongest businesses tend to be those that can retain talented employees. That has been a recipe for success for Balcones Resources in Austin, Texas.

The facility enjoys a deep bench of experience, including an operations manager and shift supervisors who’ve been there nearly since the MRF opened in 2012. The operations manager, in fact, started as a sorter.

“We have some of the most experienced and dedicated personnel in the industry at every single position,” said Joaquin Mariel, vice president of operations at Balcones Recycling, noting almost all of the workers making up the facility’s first shift have worked for the company for at least five years and many have been there for more than 15 years, pre-dating the company’s current MRF.

And the workers at the single-stream facility now have more bells and whistles to use, with the MRF having recently undergone a significant retrofit. 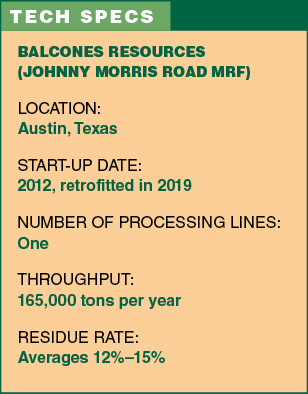 In 2019, the company finished a $6 million upgrade that added a number of technologies from CP Group. The retrofit converted the MRF to CP’s controls, added three MSS FiberMax optical sorters, a CP Glass Breaker Screen, a CP Anti-Wrap Screen and a CPScreen for sorting paper. At the same time, the company upgraded its Sierra Reb-2 baler to a Reb-4.

With all those tools integrated, the facility was expected to process 165,000 tons in 2019. The stream is about 60% fiber, 25% commingled containers and the remainder residue.

At the Austin MRF, officially called the Johnny Morris Road MRF, the biggest contamination challenges are flexible plastic packaging and wet material. They add to either downtime or added difficulty singulating and effectively sorting recyclables.

“As a bit of a humble-brag, we are also growing rapidly, and constantly figuring out ways to accommodate new tons is an operation challenge that we are happy to have,” Mariel said.