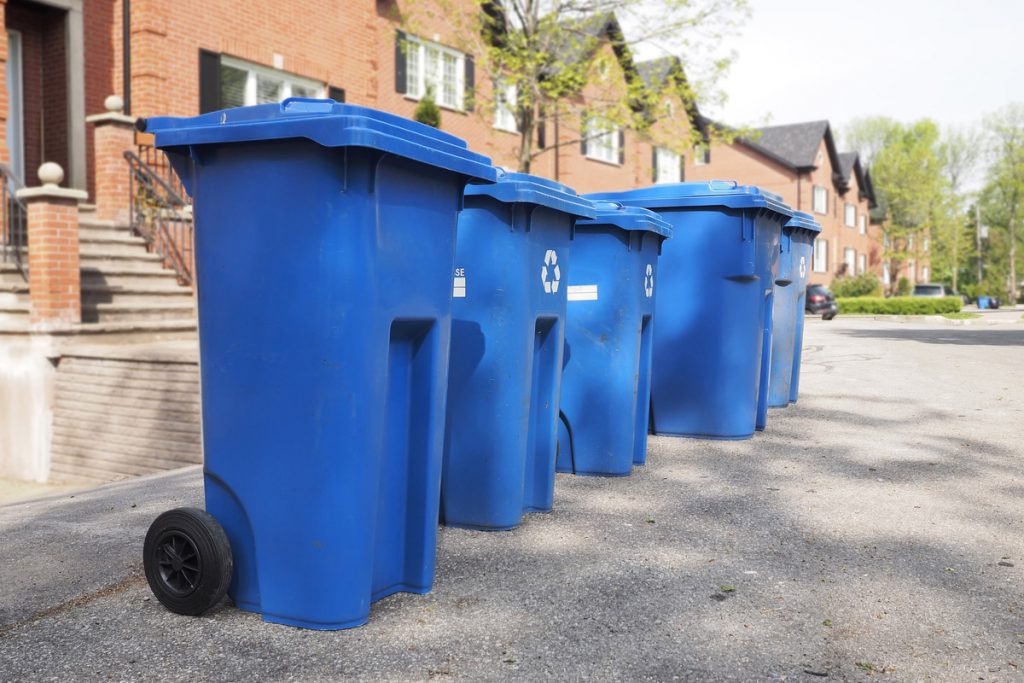 The Recycling Partnership’s “2020 State of Curbside” report delves into updated data on recycling in the U.S. | stephen rudolph/Shutterstock

To quickly grasp the struggles facing American curbside recycling programs, one can follow the money – or lack thereof. In July 2017, a ton of recyclables was worth over $90. In October 2019, it was worth $30. That’s according to new research from The Recycling Partnership.

The impact of that pricing plunge on municipal recycling programs is among the topics explored in The Recycling Partnership’s “2020 State of Curbside” report, which was released today.

Changing economics of sorting and selling

It’s been a little more than three years since The Recycling Partnership, which is funded by large packaging stakeholders and works to boost U.S. recycling programs, last provided a detailed look at curbside recycling realities across the country.

Much has happened in recycling since then, most notably China’s National Sword campaign constricting the world’s largest export market for recyclables. And the repercussions of the market turbulence are a central theme of the latest “State of Curbside” document.

The report quantifies falling values for a blended ton of recyclables. It notes that as of October 2019 aluminum cans were the single largest commodity sales revenue generator, even though they represent a tiny fraction of the weight passing through MRFs. Values for cardboard and mixed-paper bales, which together make up over half the weight at a typical facility, have fallen to painfully low levels. (The report takes into account the effects of MRF residue on these material values.)

At the same time, The Recycling Partnership estimates the average MRF’s processing costs are about $80 per ton. To close the gap between material value and operating costs, MRF operators are now often charging processing fees to material suppliers. Using information from a 2019 survey of local recycling programs, The Recycling Partnership determines the average processing fee is nearly $64 per ton. Those fees have gone up over the past year by nearly $29 per ton, on average.

“As a possible sign of an ongoing trend, eight communities indicated that they did not have a tip fee [from their recycling processor] until 2018-19 and five communities previously received a rebate or reimbursement for recyclables, but do not any longer,” the “State of Curbside” report notes.

The data “points to the singular fact that curbside programs can now expect MRF processing charges to be a normal and expected cost in providing curbside services, placing a further cost burden on local communities,” the document notes.

How local programs are responding

Some mainstream media outlets have broadcast broad – and often dramatic – generalizations about the impacts of painful recovered commodities markets, in some cases suggesting the situation spells the “end of recycling.”

“The State of Curbside” report uses data to dampen that narrative. It estimates that as of late November 2019, 54 communities ceased curbside recycling service, with the average community that’s cut recycling having fewer than 9,000 households (most affected towns were under 5,000 households). That’s 0.5% of all single-family homes in the U.S., or 0.7% of U.S. households with curbside service.

“As of November 2019, it appears that the vast majority of programs are finding ways to sustain curbside collection, with very few eliminating curbside services,” according to the report. “This trend will have to be watched closely as hundreds of previously favorable MRF contracts will be reset in the next few years. Some communities are also adjusting materials collected for recycling, raising customer fees, and more positively, also taking steps to address contamination.”

The report acknowledges programs have sometimes slimmed down, however. The Recycling Partnership’s 2019 survey found about 29% of responding programs removed items from “accepted materials” lists over the past two years. Among the common materials targeted for axing were plastics Nos. 3-7, cartons/aseptic containers and films/plastic bags.

Some local governments have passed on the higher costs of recycling to their ratepayers. Since summer 2018, The Recycling Partnership has tracked media stories about fee increases. In 24 stories in which specific fee increases were reported, local governments hiked fees an average of $17.52 per customer per year, the report notes. But The Recycling Partnership’s survey had a surprisingly low number of respondents – 8% – indicate they had increased fees. Those that did said the average increase was $10.12 per household per year.

The report notes the fee hikes seemed to be modest and in line with MRF processing fee increases. It estimates that if a household is now paying $15 more annually for curbside recycling service, the additional revenue raised approximates $75 per ton.

“In the disaggregated nature of the U.S. curbside recycling services, the effect of large processing charges and weak markets have forced individual communities around the country to debate the value of recycling, all while dramatic media narratives report a recycling crisis,” the document concludes. “Under those conditions, it is a positive sign that communities are working hard to sustain or expand their curbside services.”