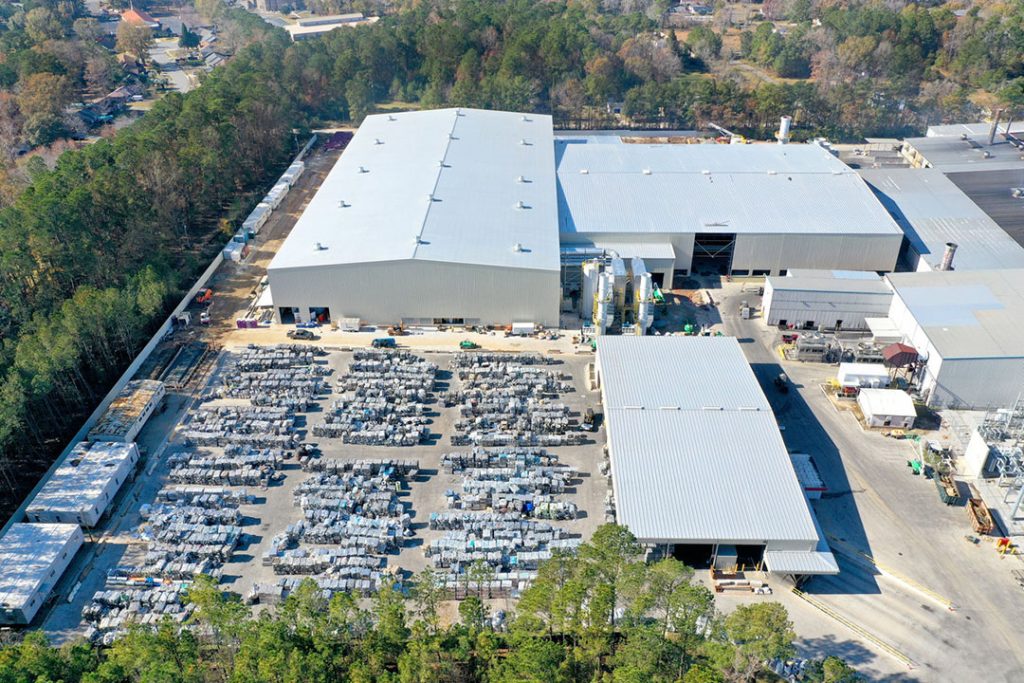 An expansion at JW Aluminum’s Goose Creek, S.C. site will result in a significant uptick in the company’s scrap consumption. | Courtesy of JW Aluminum Company.

JW Aluminum Company says it will be increasing its annual intake of UBCs and other forms of recycled material by at least 100 million pounds when it finishes an expansion project in the Southeast U.S. next year.

JW Aluminum in June first laid out details of the $225 million expansion of an existing manufacturing site in Goose Creek, S.C. At that time, the recycling implications were unclear.

However, this week the company told Resource Recycling the move will lead to significant upticks in scrap consumption.

The spokesperson also said the manufacturer has previously used only a very small amount of UBCs (short for used beverage cans) in its process.

By the second half of 2020, the company expects to be on a production schedule that will be using a total of 300 million pounds of scrap material annually. JW Aluminum, which operates four mills in the U.S., provides flat-rolled aluminum to a variety of industries, including the automotive and packaging sectors.

The expansion project in South Carolina has involved construction of a new 220,000-square-foot facility. The company spokesperson said the project is near completion.

The expansion was mentioned in a Reuters story last week that explored recent fluctuations in aluminum markets as a U.S. tariff of 10% on virgin aluminum imports has been in effect since 2018. Meanwhile, as aluminum is being used in more applications, greater volumes of the material are entering the recycling stream. Those factors have led to significant decreases in scrap values for the non-ferrous metal.

The JW Aluminum project and other investments by end users of recycled aluminum could help lift scrap prices in the years to come by supplying more demand.