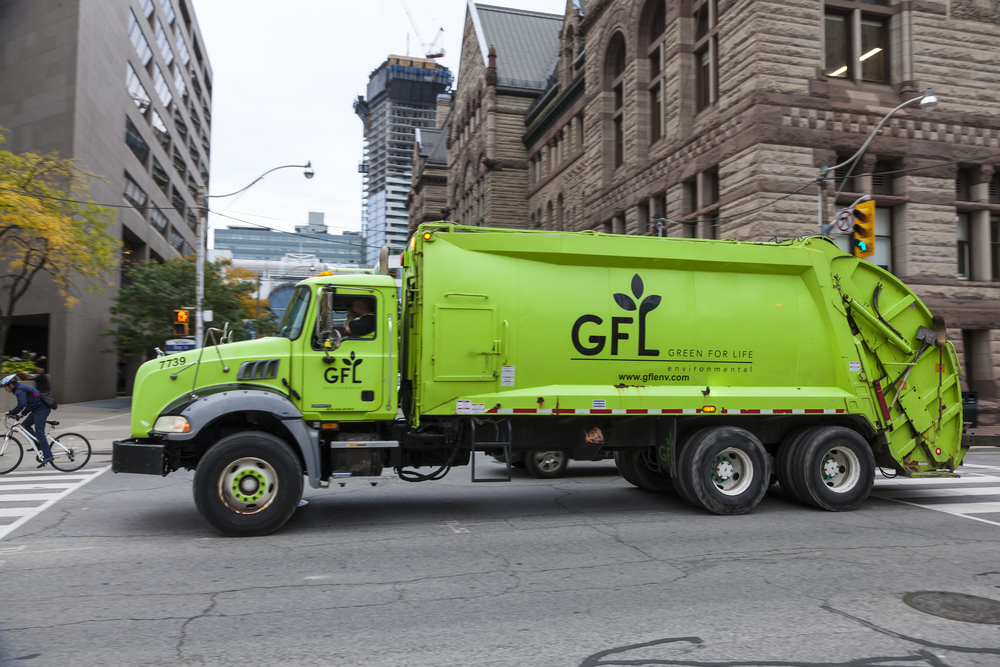 The Ontario-headquartered business owns or operates 29 MRFs, 60 transfer stations, 47 landfills and a host of other facilities including organics and liquid waste processing centers. GFL has 100 collection operations throughout Canada and the U.S., where the firm operates in 23 states.

The company on Oct. 23 filed to go public and sell up to 100.7 million shares. According to a press release, the offering is expected to close the week of Nov. 11. If the initial public offering (IPO) is approved by U.S. regulators, the company would become the fourth largest publicly traded waste and recycling business in North America when measured by total company revenue.

According to GFL, these decreases were driven primarily by turmoil in the global recycling market, including Chinese import restrictions, new regulations throughout Southeast Asia, Chinese tariffs on certain U.S. recyclables, and more.

Despite the market pressures, the company doesn’t anticipate much negative impact on its overall revenue. But “such restrictions and tariffs may have an impact on our ability to export recyclable materials globally,” the company wrote.

Far more impactful to company revenue, however, could be waste-reduction efforts, new landfill bans, product design requirements, extended producer responsibility and other product stewardship regulations, according to the filing. That’s because the company is a major landfill operator, and less material entering the disposal stream would mean less revenue in that sector.

“These alternatives and changes in laws may impact the demand for landfill space, which may affect our ability to operate our landfills at full capacity, as well as the tipping fees and prices that we can charge for utilization of landfill space,” the company wrote.

GFL’s plan to go public comes about a year after a major merger between GFL and Waste Industries. That deal made GFL the largest privately owned environmental services company in North America.