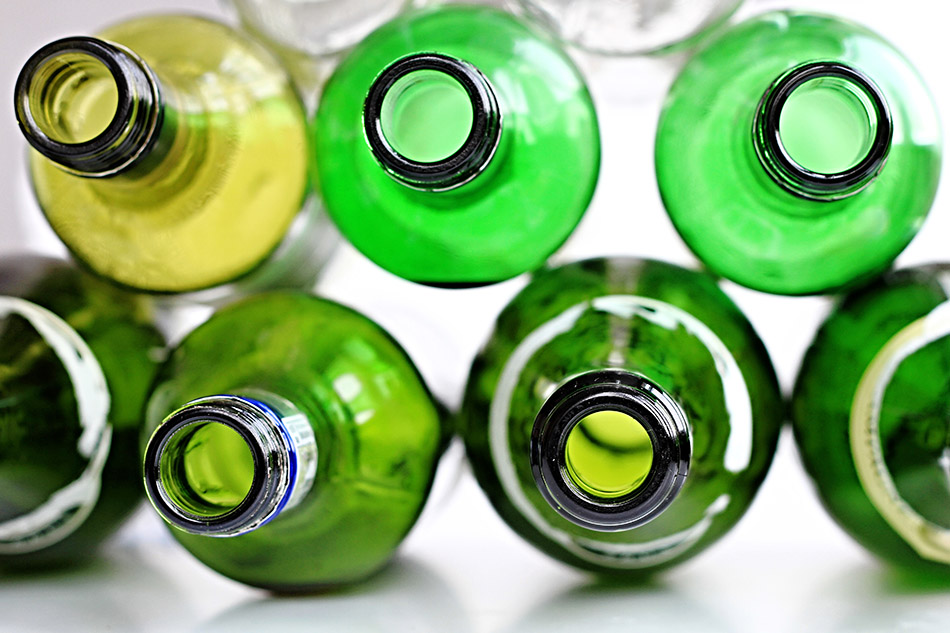 Colorado has about a 30% recycling rate for glass. | Herlanzer/Shutterstock

A pilot project led by Colorado’s state recycling association revealed a number of impediments businesses in the region face when it comes to glass recycling. The group also suggested some solutions.

Recycle Colorado organized the six-month pilot project hoping to learn why more high-volume generators of glass don’t recycle the material. Colorado has about a 30% recycling rate for glass, despite the fact the state has two large bottle factories that consume cullet.

“We found the main reasons for not participating or not continuing recycling after the program were cost, space for the cart/dumpster and insufficient volume of glass,” according to a recently published report from Recycle Colorado.

The project, which took place in Denver, involved collecting glass from commercial sites, including restaurants and bars and apartment buildings with eight or more units. From November 2018 through April 2019, over 30,500 pounds were collected from 13 businesses and 23 apartment complexes. A few of the businesses acted as community drop-off spots for glass.

During the project, collection was provided at no charge to businesses and apartment owners.

Why some were unwilling to sign on: Restaurants/bars that were approached but weren’t interested in joining the pilot project indicated it would be too hard to separate glass during busy times, there wasn’t enough space in the alley for a cart, glass wasn’t their primary recyclable anyway, and they already tried recycling but found it too expensive, according to the report. Landlords said they’d have to give up a parking spot for the carts. They also noted there was no way to collect recyclables inside the buildings, and they feared people would rummage through the unlocked carts.

Problems experienced by participants: The project also looked at problems experienced by restaurants/bars and landlords that did sign on to the project. The restaurants/bars said they had limited capacity to train all their employees about recycling, they couldn’t spare trash carts to be for glass only, the cart was stolen, and building owners weren’t OK with the glass collection. Apartment buildings’ problems included the following: Management didn’t engage with residents about the project, there was excessive contamination because garbage dumpsters were locked but glass carts weren’t, and residents produced less glass than other recyclables.

Barriers to permanent service: After the six-month project, Recycle Colorado tried to help participants sign up with haulers for glass recycling service. Restaurants/bars that didn’t continue indicated they didn’t have the money for the service, lacked space for a glass receptacle, and didn’t have enough glass volume to justify it. For apartment landlords, the biggest barrier was the prospect of scaling the service to all of the properties they manage.

“It became clear that businesses alone cannot be held accountable for the burden of proactive recycling and thus bringing in community members and policymakers to create unique incentives can make a large difference,” the report concluded.

Recycle Colorado made a number of recommendations to improve glass recycling in Denver.

The group suggested working with businesses to create garbage and recycling collection service tailored to their needs. For example, a business may be able to add recycling service and reduce garbage service without changing overall cost. Additionally, businesses may be able to collectively share service in an alley or other common space, reducing costs for each business.

Recycle Colorado also urged policymakers to look at incentivizing or requiring recycling in Denver’s commercial sector. “What was discovered in the canvassing of businesses was a lack of knowledge and understanding about recycling,” according to the report. “If it was something that was voluntary, the discovery was that businesses are too busy with their business to tend to anything that is not required or will not make or save them money.”

For apartment buildings, building ambassadors are needed to build enthusiasm for glass recycling and help with communications to and from residents, the report noted.

Additionally, Recycle Colorado urged requiring all haulers to provide recycling service alongside garbage service for Denver businesses. “If all trash dumpsters were delivered to commercial properties with the addition of a recycling dumpster or cart, businesses would have the option of diverting valuable recyclable material from the landfill at the onset of waste generation without viewing it as an added cost service,” the report concluded.