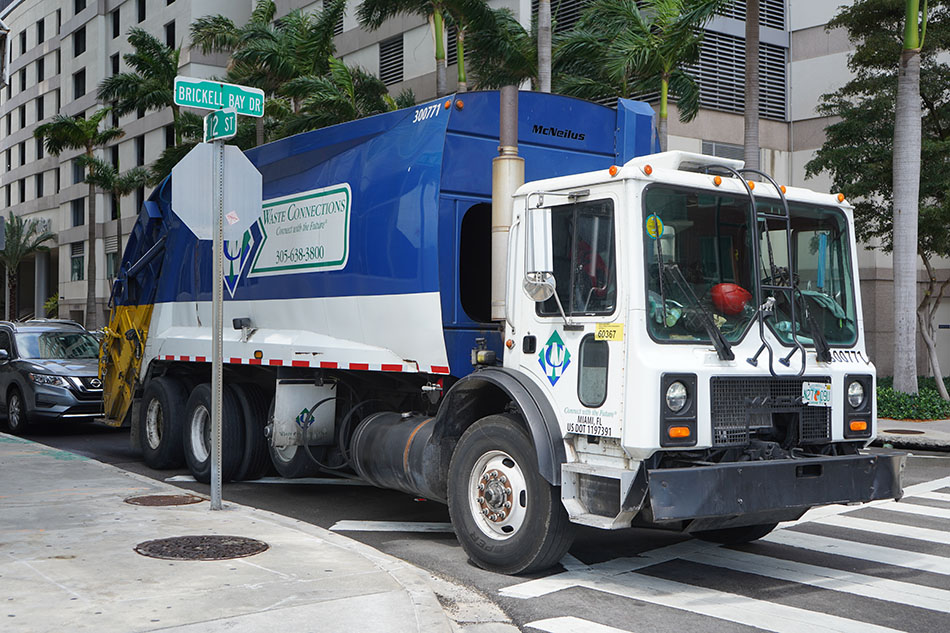 For the first half of the year, Waste Connections’ recycling business generated $36.5 million in revenue. | Jordi Cor/Shutterstock

Headquartered in Toronto, Waste Connections has acquired 10 solid waste companies so far this year. Excluding the impact of acquisitions, the company’s recycling business brought in $15 million in the second quarter, down about 33%.

During a July 30 conference call with investors, company CEO Worthing Jackman said recycling revenue was lower than originally expected because of the continuing fall in fiber prices, including OCC (Jackman recently took over the CEO position from Ron Mittelstaedt, who is now executive chairman of the company).

During the second quarter, OCC averaged about $50 a ton, down 47% year over year and down 36% from the prior quarter, Jackman said, according to a transcript from Seeking Alpha. The loss of Asian markets for OCC because of import restrictions has been exacerbated by a slowdown in demand from domestic mills, he said. Since the second quarter, OCC has continued to fall further, now sitting at about $45 per ton, down 50% year over year.

Waste Connections has experienced worse recycling pain than some of its peers because a higher percentage of its collection business is under franchise systems or other long-term agreements, Jackman said. About 70% of recyclables delivered to Waste Connections MRFs comes from the company’s own trucks, 20% is delivered via third-party contracts and only 10% comes from merchant buying from third parties.

It’s that third category where the company has the ability to implement implemented recycling fees and has done so, Jackman said. With franchise agreements, there can be a lag of six months to a year to charge more to offset lower commodity values and higher costs, he said. So, in some cases, the recovery will continue into 2020.

“We take a long-term view to working with our customers through the seismic changes the industry has experienced in recycling, preferring not to close recycling facilities or claim force majeure to terminate contracts,” Jackman said. As a result, recovering the full impact on 90% of the recycling volume takes a multi-year approach.

Recycling now makes up just over 1% of Waste Connections’ revenue.

The following is a look at key second-quarter recycling-related numbers from the third-, fourth- and fifth-largest haulers in North America:

The sale of recyclables now makes up 0.5% of Advanced Disposal’s revenue. Overall, the company’s revenue was $419.1 million during the second quarter, up 5%. For the first half of the year, revenue was $803.1 million, up 5% year over year.

Waste Management, the largest residential garbage and recycling company in North America, plans to acquire Advanced Disposal. The transaction is expected to be completed by the first quarter of 2020. Because of the pending deal, Advanced Disposal is no longer holding quarterly calls with investors.

The Rutland, Vt.-based company’s quarterly report shows higher recycling tipping fees are the reason the business brought in more money. During the second quarter, recycling revenues increased $1.6 million because of higher tipping fees and $600,000 because of higher commodity volumes. That was partially offset by a $1.3 million decrease from lower commodity prices. The net result was a $900,000 boost in recycling revenue year over year.

During an Aug. 2 conference call with investors, Ned Coletta, the company’s chief financial officer, said the average commodity price during the second quarter was down 13% year over year, driven mainly by lower plastics values. From the first quarter of this year to the second quarter, the price was down 23%, mainly driven by lower OCC prices.

“We continued to make great progress improving recycling contract structures and off-taking commodity risk during the second quarter,” John W. Casella, the company’s CEO, stated in a press release. “These efforts resulted in a year-over-year improvement in our recycling operating income despite commodity prices being down roughly 13% during the same period. Our [sustainability/recycling adjustment] fee, revenue share contracts and contamination fees combined with our efforts to produce higher quality materials and manage processing costs have allowed us to improve recycling financial performance in a challenging commodity pricing environment.”

In the Aug. 2 conference call, officials emphasized the benefits of a recyclables processing contract with the city of Boston that went into effect July 1.

“The big news here is the Boston contract. This contract has been a drag on profit over the past few years and finally expired at the end of June,” said Ed Johnson, the company’s chief operating officer, according to a transcript from Seeking Alpha. “We did win the bid for a new contract under more reasonable terms and we’ll be earning a normal return of that on assets going forward.”