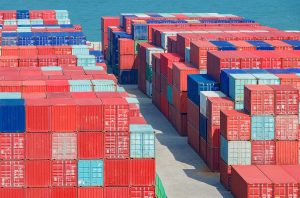 U.S. recovered plastic exports during the first quarter were down by nearly half from a year ago. Paper shipments remained stronger due to ongoing Chinese demand and growing alternative markets.

The latest trade figures, published this month by the U.S. Department of Commerce, detail where recovered paper and plastic went in March, providing a snapshot of first-quarter shipments.

U.S. exporters shipped 374 million pounds of scrap plastic from January through March. That’s almost half the amount exported during the same period in 2018, and it’s 67% less than the first quarter of 2017.

The decline was influenced largely by China, which no longer appears in the top 10 destinations of U.S. scrap plastics. Even though the country effectively banned scrap plastic from import in 2018, the small volume that entered the country still made it one of the largest importers of U.S. scrap plastic that year. But the weight has continued to drop off into 2019, and Chinese imports during the first quarter were down 98.6% from two years ago.

But the plastics decline was also driven by shifting markets beyond China. Although countries that recently increased their recovered fiber shipments have maintained those higher import volumes, many that brought in more plastic in 2018 have since enacted stringent policies reducing the imports.

After importing 30 million pounds of U.S. plastic in the first quarter of 2017, Malaysia increased its import volume to 159 million pounds during the same period in 2018. But the country’s first quarter 2019 imports are down to 23 million. That decrease corresponds with recent Malaysian government policies to restrict the trade after growing environmental concerns last year. 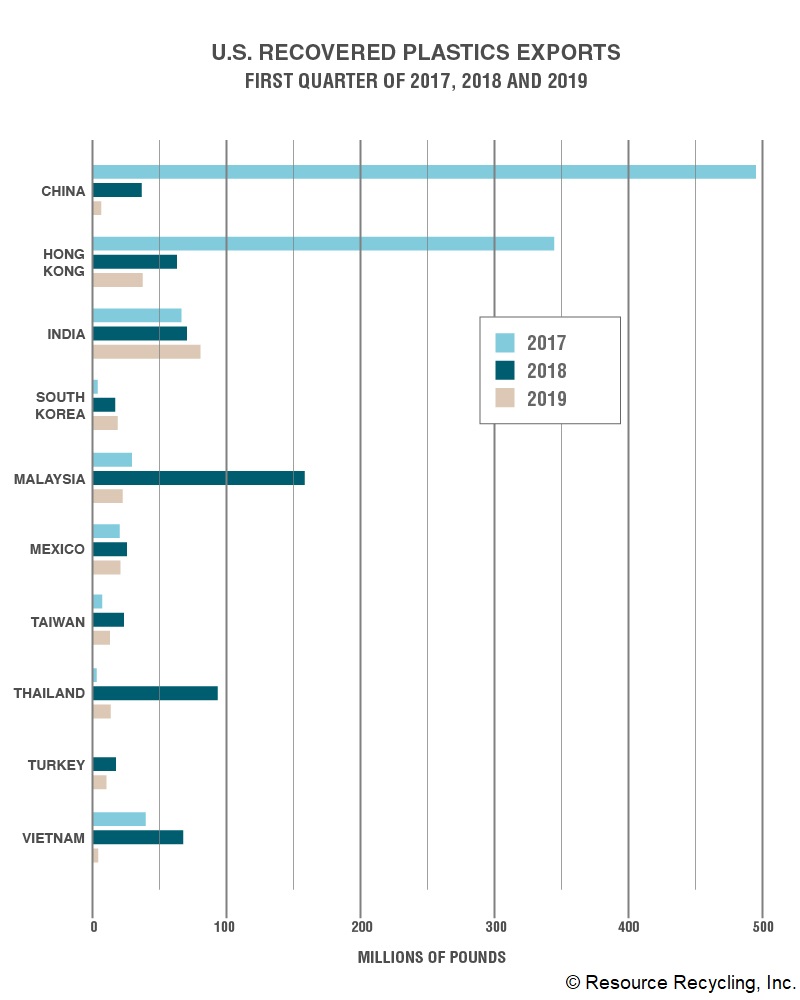 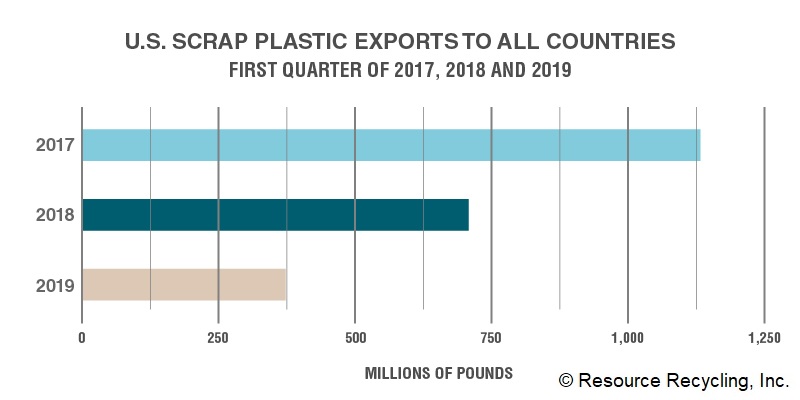 Recovered fiber exports totaled 4.7 million short tons from January through March this year. That’s down from 4.9 million in the first quarter of 2018 and 5.2 million in 2017. Although it’s a decrease, recovered fiber has not faced the same drastic export drops as plastic for a few key reasons, illustrated by the trade data.

For one, China continues to bring in substantial amounts of U.S. fiber. It was, by far, the largest buyer in the first quarter, bringing in nearly 1.5 million short tons, or about 31% of all the scrap paper leaving the U.S. Still, that’s significantly down from the past couple years – the 2019 figure is down more than 2 million tons from China’s first-quarter 2017 number.

Meanwhile, countries that have ramped up U.S. fiber purchases in the wake of the Chinese import restrictions mostly maintained or grew their import volumes at the start of 2019. In the first quarter, Indonesia nearly doubled its U.S. recovered fiber imports compared with that period last year (which itself saw triple the volume Indonesia brought in during the first quarter of 2017). 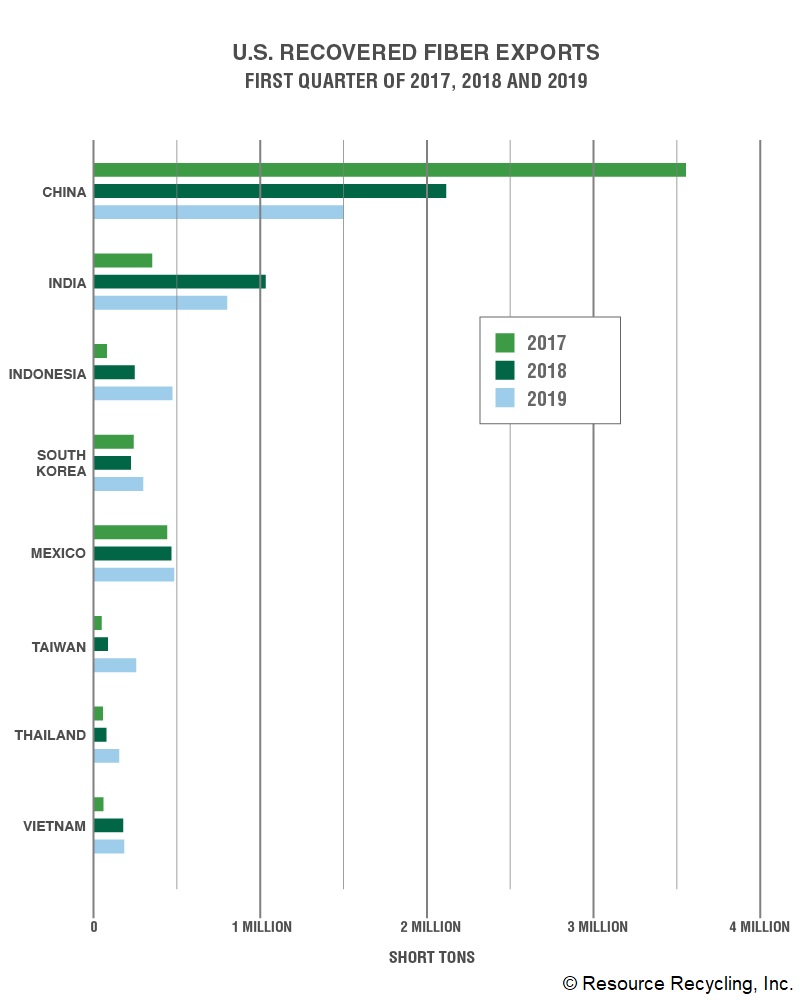 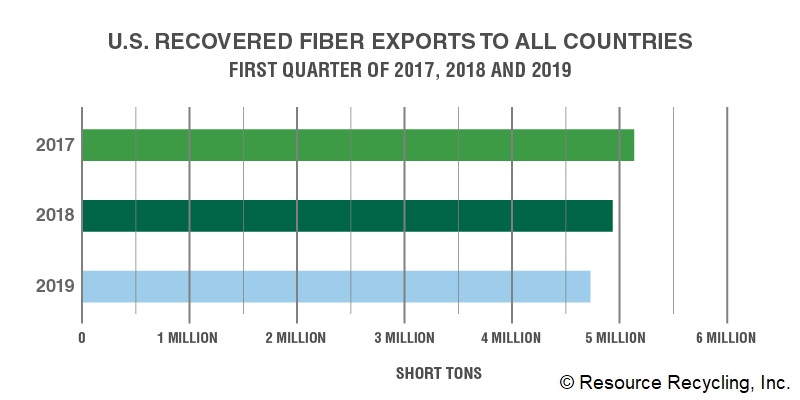