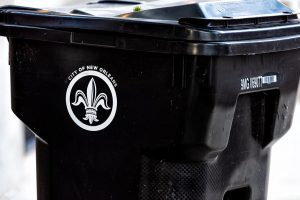 Many recycling programs have been struggling to find economic stability, and in some cases, they’ve slimmed down to survive. Here are recent examples of adjustments in three communities of varying size.

Lexington, Ky. and a dozen surrounding cities and counties will no longer accept paper in their residential recycling programs. Effective immediately, residents are asked to put paper and paperboard items in their garbage cans, although dry OCC is still accepted. Officials hope the loss of mixed paper will only be temporary, with the Lexington Herald Leader newspaper noting three new nearby mills may begin accepting the material around the end of this year. According to the article, the program’s commodity sales revenue has decreased since China began restricting imports of recovered materials, throwing recyclables supply and demand out of whack. Next, the program is considering eliminating glass.

In related news, after the Lexington Recycling Center announced the suspension of paper, the University of Kentucky reached agreement with a different processor to sort campus recyclables at a MRF near Cincinnati. As a result, paper recycling will continue at the university, which has more than 30,000 students.

A North Carolina county of about 100,000 people pulled its recycling program back from the chopping block. The Craven County, N.C. Board of Commissioners earlier this year voted to cancel the curbside recycling program and use only drop-off sites. The county’s contract with Recycling Industries is expiring, and when the company submitted its bid for the next contract (it was the only bidder), it wanted more money. One of the county’s options was to continue collecting 18-gallon containers weekly but charge $6 per month per household, double the price under the expiring agreement. The board on April 15 voted 6-1 to cancel the curbside program.

But, after hearing an outcry from citizens angry about the loss of curbside service, the Board of Commissioners scheduled an April 26 special meeting and voted 5-2 to continue the program. They voted to go with a different option proposed by Waste Industries: 95-gallon containers collected monthly at a cost of $4.50 per household.

Service saved but slimmed down

Difficult recyclables markets triggered a domino effect that threatened curbside recycling in New Orleans. A switch in processors has allowed the Big Easy’s program to continue, but a number of materials are being removed from the “accepted” list.

The issue started when Republic Services announced it was no longer accepting residential recyclables at its MRF in Metairie, La., a city adjacent to New Orleans. The company, which is the second largest garbage and recycling company in North America, cited difficult markets and tighter contamination standards from China’s National Sword, according to The Advocate newspaper. The decision directly affected one of the city’s three contracted haulers, Metro Services Group, which took residential recyclables to the facility. The hauler found an alternative MRF to take material to, but the arrangement means plastics Nos. 3-7, as well as cartons and plastic bags, are no longer accepted curbside or at the city’s drop-off center, according to the New Orleans’ Mayor’s Office.

The reduced “accepted” list applies to all haulers in the city, according to the Mayor’s Office, which noted recycling market difficulties are being felt at the national, regional and local levels. The Advocate also reported city government was looking for a consistent list of accepted materials across the city.