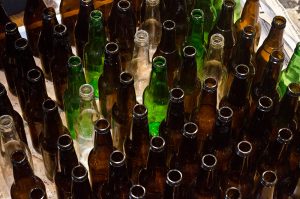 After a three-year gap, curbside acceptance of glass has resumed in America’s fourth-largest city.

The city of Houston announced that residents can place bottles and jars in their curbside receptacles again. The addition was enabled by the opening of a city-owned MRF with a glass cleanup system.

In early 2016, facing an expiration of the contract with Waste Management to sort and market residents’ curbside recyclables, city leaders and the company emerged from contentious negotiations with a two-year deal removing glass from the program. Glass recycling advocates criticized the contract.

Seeking a longer-term agreement that would reduce the city’s commodities market risk, city government issued a request for proposals for a MRF operator. In January 2018 the city awarded a 15-year contact to FCC, a Spanish company that runs solid waste and utility facilities around the world.

As a result of the long-term contract, FCC oversaw construction of an advanced MRF to handle the city’s recyclables, including glass. The facility, which opened in March and had its ownership transferred to the city, has a capacity of 145,000 tons per year.

“I promised residents we would bring glass containers back to curbside recycling bins and I kept that promise,” Mayor Sylvester Turner stated in a press release.

During the period that glass was removed from the curbside program, residents were asked to take the material to one of the massive city’s drop-off depots.

Houston has a population of roughly 2.3 million.