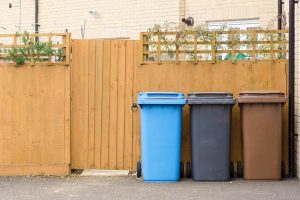 A recycling expert has offered up criticisms of British Columbia’s extended producer responsibility system for printed paper and packaging.

“Establishing a producer responsibility organization in a state, province or country that is exempt from antitrust laws and fails to be transparent in its operations creates more problems than it resolves,” wrote Chaz Miller in a recent report.

British Columbia was the first state or province in North America to implement an extended producer responsibility (EPR) system making producers fully responsible for funding and managing curbside and drop-off recycling programs for printed paper and packaging. Leaders of the system wrote about its design and successes in a print piece in Resource Recycling magazine in early 2017.

Advocates have urged U.S. states, including those on the West Coast, to adopt similar programs.

In his report, “Recycle British Columbia’s Extended Producer Responsibility for Packaging and Paper: An Assessment of Its Impact,” Miller concludes that EPR can be successful for hard-to-recycle products and those with hazardous constituents, but he takes aim at its application to packaging and printed paper, a complex and varied stream.

“EPR programs for these commonly recycled materials fail to meet the anticipated goal of product redesign,” Miller’s report concluded. “While some costs are transferred from local government to manufacturers, many local governments find their full costs are not covered by the EPR program. In addition, taxpayers often end up paying twice, both as taxpayers and as consumers, with the burden of this double payment falling most heavily on low-income consumers.”