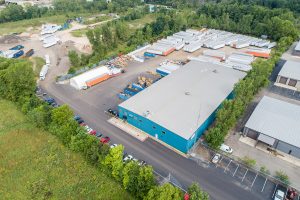 Schupan & Sons is upgrading its Kalamazoo, Mich. campus with an expansion of its electronics recycling operations and a dedicated health care clinic for company employees.

The Michigan campus serves as the headquarters for Schupan & Sons, the 50-year-old parent company that operates a number of recycling divisions.

Schupan Electronics Recycling is gearing up for a major expansion and hopes to break ground in spring 2019. The facility will be adding 80,000 square feet of processing space, nearly quadrupling the existing size to 110,000 square feet. Schupan plans to hire 30 more workers in the e-scrap division over the next three years.

The e-scrap division includes data destruction, refurbishment and repair, and shredding and sorting services. It currently operates in about 30,000 square feet on 26 acres and processes 10 million pounds per month, said Cory Pyscher, vice president and general manager of the e-scrap division. It employs 75 people.

The Kalamazoo e-scrap division has been in its current space for two years. It first launched in 2013, when Schupan & Sons purchased an e-scrap firm founded by Pyscher. Pyscher had started the company in his garage five years earlier while he was in college. It began with two employees, expanded and moved into a warehouse before attracting the attention of Schupan & Sons.

The additional space will expand both the ITAD and mechanical recycling capabilities of the e-scrap operation, Pyscher said. The facility operates a “multi-million-dollar shredding system,” Pyscher said, with eddy current separators, optical sortation equipment and more.  The company is installing a second shredder as part of the expansion.

One impetus for the expansion was to meet the company’s growing service area and volume of inbound material.

“About 98 percent of our material comes in from outside of Michigan. Most of it is from other parts of the country,” Pyscher said. “That really ramped up in the last 12 months.”

Schupan buys circuit boards from all over the country and also sources intact devices for ITAD processing. 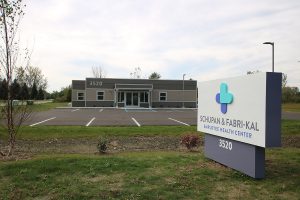 Besides the e-scrap division, Schupan is also expanding its aluminum and plastic sales division at the Kalamazoo campus. That section will grow by 40,000 square feet and will also see an increase in employment.

In other news from the company, Schupan and another local business partnered on a health care clinic to serve their employees exclusively.

Company leaders have been concerned that employees lack general practitioners, sometimes meaning that when they got sick, they’d have to go straight to urgent care or the emergency room.

“One of Schupan’s goals was to provide those employees with proper preventative care,” said Kendra Townsend, manager of marketing and communications for Schupan & Sons. Ultimately, doing so saves the company and helps ensure a happier, healthier workforce, she added.

The clinic opened at the end of August and is averaging about 100 visits per month, Townsend said.