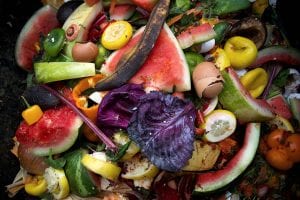 A survey of full-scale food scraps processing facilities in the U.S. provides insights into processing infrastructure for food and compostable paper and plastic packaging.

The 2018 survey was overseen by BioCycle, an organics processing industry trade journal led by longtime editor Nora Goldstein. According to Goldstein’s report, the survey confirmed the existence of 185 full-scale food scraps processing facilities in the U.S.

BioCycle defines “full-scale” to mean a municipal or commercial facility equipped to receive truck-load quantities on a year-round basis, as opposed to facilities that only compost their own material and don’t accept from outside suppliers or smaller-scale sites found in neighborhoods.

According to the research, of the 95 facilities that responded to a survey question about feedstocks they’re allowed to accept, 75 percent said they can take all types of food scraps, including both pre- and post-consumer material. Just over 63 percent can accept paper products that are certified compostable by the Biodegradable Products Institute (BPI), and nearly 56 percent can take BPI-certified compostable bioplastics.

The majority of the responding facilities, 63 percent, reported they’re under commercial ownership. The rest are publicly owned.