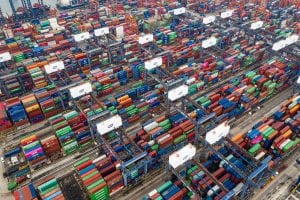 China has ramped up its purchases of U.S. OCC in recent months, according to the latest trade data. Meanwhile, Southeast Asian restrictions continue to stifle scrap plastic movement.

The U.S. Census Bureau released September trade figures last week. Here, Resource Recycling presents some of the top importing countries of U.S. recyclables during the third quarter of the year.

Corrugated on the rise

China imported 577,000 short tons of OCC in September, the largest volume of any month in 2018. August was previously the highest OCC import month for China.

Despite the OCC increase, overall Chinese imports of U.S. scrap paper were down by 9 percent compared with September 2017, indicating the void left by the loss of mixed paper imports has not been entirely filled by OCC.

Besides China, the largest importers of U.S. scrap paper during the third quarter were (from greatest to least) India, Mexico, Indonesia, South Korea, Vietnam, Taiwan, Canada, Thailand, Italy and Malaysia.

(Story continues below charts. Click a chart to view in a new browser window.) 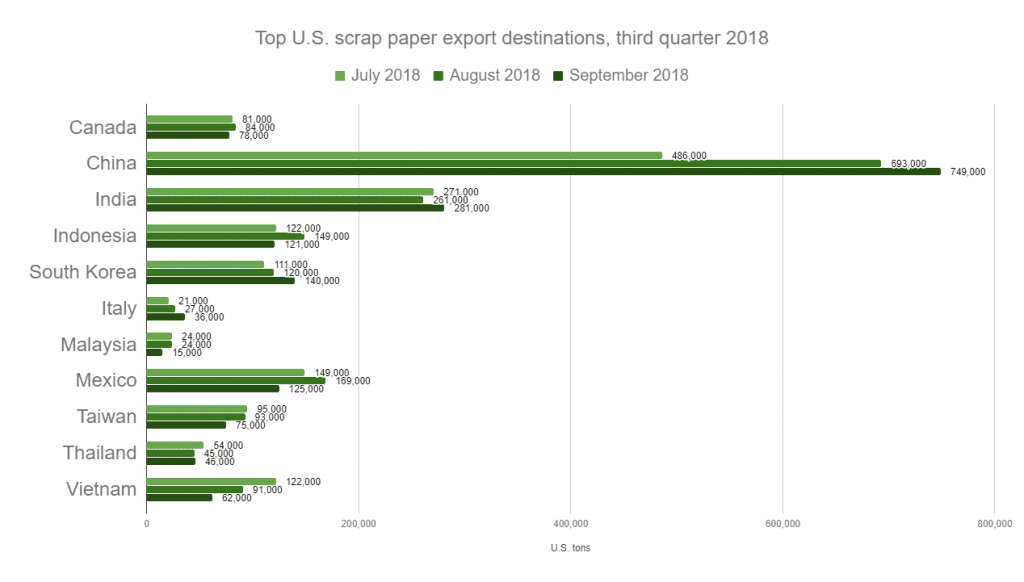 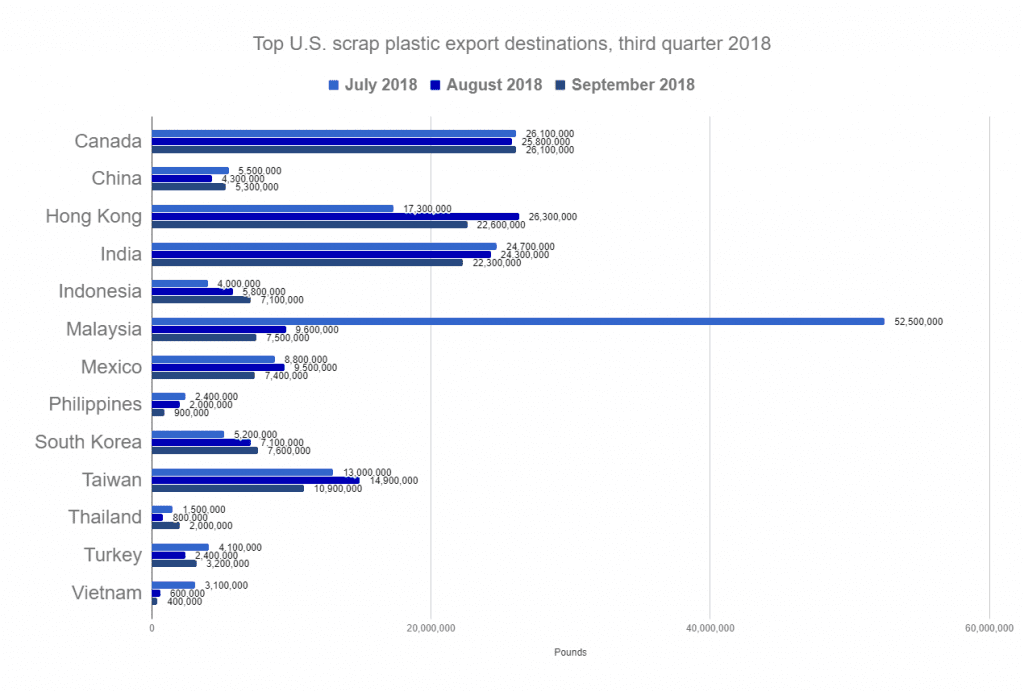 On the plastics side, Southeast Asian imports mostly continued to decline, pushed down by countries taking interest in import restrictions.

Malaysia’s dramatic drop continued in September, when U.S. exporters sent 7.5 million pounds of scrap plastic to the country, down from 9.6 million in August and 52.5 million in July.

During the third quarter, plastics exports to Thailand were also significantly down from their volumes earlier in the year. Exports to Thailand fell off notably starting in July, and through the entire third quarter Thailand imported just 4.3 million pounds of U.S. scrap plastic. For reference, the country imported 41.6 million pounds in May alone, before enacting sharper restrictions early in the summer.