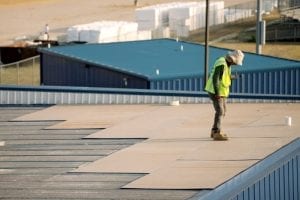 The ReWall Company, which manufactures building materials from recovered food and drink cartons, is planning to open a $3 million facility in Colorado next spring.

The site will be the second for ReWall. The manufacturer currently runs a plant in Des Moines, Iowa.

In an interview, ReWall CEO Jan Rayman said the company’s decision to site location number two in the Centennial State was based on a number of factors, including $1.5 million in funding from Colorado’s Recycling Resources Economic Opportunity grant program, which is administered by the Colorado Department of Public Health and Environment.

Rayman said the financial assistance represents the largest grant in the history of the Colorado program.

“That puts a lot of pressure and responsibility on us,” Rayman acknowledged. “I’m always a big supporter of public-private partnerships. I think it’s the only way we can take recycling to the next level in the U.S.”

ReWall has emerged as an important end market for recycled aseptic and gable-top cartons, which are increasingly used in food and beverage packaging. The Paper Stock Industries of the Institute of Scrap Recycling Industries now includes a spec (known as grade 52) for carton bales.

According to the Carton Council, an industry group, two U.S. paper mills in the Midwest as well as the ReWall site in Iowa currently consume grade 52 bales.

However, while paper mills must separate the fiber component of cartons from the plastic (and sometimes aluminum) that exists in the products, ReWall uses virtually all of the material.

Rayman said the Colorado site, which is projected to process roughly 20 million pounds of cartons per year, will have a particular focus on the production of roof cover board made entirely from recovered cartons. He said that product is used by builders of flat-roofed commercial buildings and has proven to protect against hail damage.

“It’s exactly what Colorado needs,” said Rayman. “They have had some problems with hail recently.”

The emergence of an end market for cartons in the western part of the country could encourage materials recovery facilities in that area to put more sortation focus on the material.

“The fact the ReWall facility is located in the western U.S. adds one more layer of value,” said Scott Byrne, who is environmental specialist at carton maker Tetra Pak and the director of government affairs at the Carton Council. He noted that the Colorado facility will source material from a 500-mile radius.

Byrne said the Carton Council offered strategic consulting to help propel the ReWall expansion, but it did not contribute financially to the new operation, which is expected to open in April.

ReWall’s Rayman said the exact location of the facility within Colorado has not yet been nailed down but that decision should come in the next month. He said the plan is for to ReWall to lease an existing building. And because the company will be leveraging a manufacturing system that is already in use in Iowa, the time between move-in and production should be short.

“We expect to be up and running relatively fast,” he said.

In July, Resource Recycling reported ReWall’s Iowa manufacturing assets were bought by Houston-based Continuus Material Recovery. However, Rayman clarified this week that the Continuus-ReWall partnership is focused only on ReWall’s Iowa site. He said ReWall remains an independent company and that Continuus is not involved in the Colorado expansion.

The Carton Council’s Byrne will be discussing the new site as part of a larger conversation about paper markets in the morning plenary session on Wednesday at this week’s Resource Recycling Conference in St. Louis.