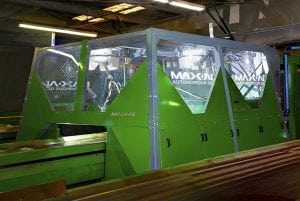 The Max-AI system from BHS.

Recycling equipment company Bulk Handling Systems recently announced two facilities – one already opened and another in the works – that will rely heavily on robotics and artificial intelligence.

The 90-ton-per-hour system mostly handles residential material, both from single-family and multi-family sources. It recovers both recyclables and organics for composting.

The line will use Max-AI Visual Identification System (VIS) units, which have visual recognition abilities and artificial intelligence, to monitor the quality of outbound paper. BHS will also install four MAX-AI AQC sorters and six National Recovery Technology (NRT) optical sorters (NRT is a BHS sister company). The line will also include a metering bin and screens.

The system is scheduled to come on-line during the first quarter of 2019.

This story has been corrected to remove reference to the GreenWaste single-stream MRF near GreenWaste’s mixed-waste processing system. Previously, the article erroneously suggested the recently announced equipment upgrades took place at the single-stream MRF. 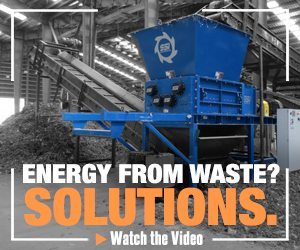