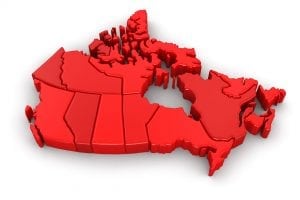 Printed paper and packaging stewardship programs in British Columbia, Manitoba, Ontario and Saskatchewan recently issued reports on their performance in 2017. In the documents, two of them discussed markets challenges from China’s actions, and another talked about how the expansion of the bottle deposit program had big impacts on the economics of curbside recycling.

Stewardship group Recycle BC, which is responsible for the program, reported the province-wide collection of nearly 175,000 metric tons of recyclables last year, down from over 185,000 the year before. The 75 percent recovery rate was down from 78 percent in 2016. The province has approved a target of 75 percent.

Recycle BC’s cost per metric ton was 414 Canadian dollars (about $315; all figures below in U.S. dollars), up slightly from the previous year, mostly because of an increase in the number of households being served, according to Recycle BC’s report. Last year, the program added curbside and multi-family service for more than 102,000 households.

The report discussed the impacts of China’s import restrictions. The majority of Recycle BC’s plastics are sold locally, but fibers have historically been sent to Chinese companies.

“It is becoming increasingly challenging to meet China’s new specifications for paper recycling, despite BC having one of the lowest contamination rates in North America,” the document states. “For now, Recycle BC continues to ship materials to overseas markets and is working with our partners to innovate and plan for what the future holds.”

The Multi-Material Stewardship Manitoba (MMSM) program reported a 62 percent recovery rate in 2016, the most recent year for which rate data is available. More than 82,000 metric tons of recyclables were collected that year.

The recycling rate is down from the previous year, mainly because of an update in waste audit data and population data from the 2016 Census, according to an annual report from MMSM.

The report included some preliminary data for 2017, noting that over 85,000 tons were collected last year.

MMSM pays municipalities to reimburse them for their costs collecting and recycling printed paper and packaging. The group pays up to 80 percent of the net cost of the residential recycling program.

Stewardship Ontario reported its Blue Box program (what it calls its residential curbside program) achieved a 62 percent recycling rate in 2016, the most recent year for which rate data is available. The rate was down from 64 percent in 2015, but it was still above the province’s target of 60 percent.

The rate decline occurred because generation increased slightly and the weight recovered and sold decreased by nearly 2 percent, “due to less paper and newsprint being collected and marketed,” according to Stewardship Ontario’s annual report. Throughout the province, by far Canada’s most populous, over 836,000 metric tons were recycled in 2017.

Total program costs (including both producers’ and local governments’ shares) came out to $235 per metric ton in 2016. That number was flat year over year.

Currently, Stewardship Ontario contributes half of municipalities’ costs of collection and recycling, but the province will shift to a full EPR model in coming years. Based on legislation that passed in 2016, the province’s minister of the environment and climate change in February 2017 released a “Strategy for a Waste-Free Ontario,” which calls for producers to be made fully responsible for the costs of printed paper and packaging recycling.

A draft plan for the future Blue Box Program sets a 75 percent diversion target, with material-specific targets for paper, plastic, metal and glass. The draft plastic packaging target is 50 percent.

Meanwhile, over the past year, China’s actions have tightened commodity markets and directly affected Ontario’s program, the report notes.

“We are already seeing significant impacts: The value of material sold to end markets is dropping; there is increased pressure on municipal programs and private sector operators to better sort their material and the attendant cost implications; and residents are being asked to recycle more carefully as some communities consider removing certain types of packaging from their collection programs,” the report states. “Steward fees cannot help but be ultimately impacted by these changing market conditions.”

MMSW payments are based on a 60 percent capture rate for materials put on the market by the group’s producer members.

MMSW reported the collection of more than 41,000 metric tons in the province last year, roughly flat year over year. The 73 percent recycling rate was up from 70 percent in 2016.

The word “China” doesn’t appear in the group’s 2017 report; instead, MMSW emphasized that a change in the province’s deposit program was what greatly impacted it last year. The government decided to add milk beverages to the deposit program as of April 1 last year, removing milk jugs from the EPR program.

“Removing materials from the recycling system impacts the financing of the system in two ways: a loss of steward fees for these materials and a loss of revenue from the sale of valuable commodity materials (such as high-value HDPE milk jugs) which helps offset overall system costs,” according to the report.