O-I to shut down Atlanta facility 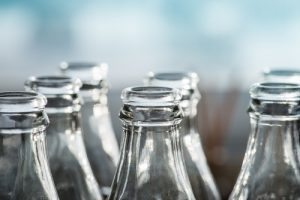 Glass bottle manufacturer Owens-Illinois will close its plant in Atlanta, citing the costs of necessary capital investments and the continuing decline of beer in the U.S. market.

O-I, the world’s largest glass container maker and a huge consumer of cullet, will close the plant on or after July 18.

“O-I intends to facilitate the closure in a respectful manner for the approximately 250 people impacted at the Atlanta plant,” according to a press release. “Current customers of the plant will be served by other domestic plants in the O-I network.”

The company said the require capital outlay for the plant and the continued decline in beer bottle demand influenced the decision. The company’s supply-demand profile in the U.S. will be roughly balanced after the closure, according to the release. Not counting Atlanta, O-I has 16 U.S. and two Canada locations.

The company is the largest buyer of cullet in the world. It consumes about 4.5 million metric tons of recovered glass annually.