Recycling equipment companies have released a new application for artificial intelligence, announced the start-up of an upgraded system and offered details on an upcoming MRF in Houston.

The following is a summary of each of the announcements: 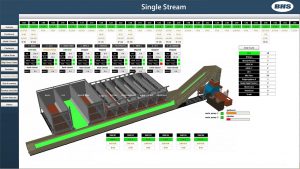 An example of the BHS Total Intelligence Platform

Artificial intelligence technology provided by Bulk Handling Systems (BHS) and its subsidiary National Recovery Technologies (NRT) has fueled robotic sorters in facilities across the country. Now, the brains are being deployed without the brawn.

“While perhaps not as sexy as robotic sorting, the idea that we can now see and track input composition, residue composition and product quality automatically is something that our customers are really excited about,” BHS CEO Steve Miller stated in a press release.

Data from the unit are displayed through the Total Intelligence Platform in both real time and trending views. The platform monitors and tracks throughput, uptime and downtime, stream composition, power usage, performance data from optical sorters and Max-AI-powered equipment, and more.

Machinex has provide a major upgrade for a Michigan MRF run by the Southeastern Oakland County Resource Recovery Authority (SOCRRA). The Troy, Mich. facility now has a single-stream sorting system capable of handling 30,000 tons per year. It replaces an older 15,000-tons-per-year dual-stream system.

The project involved expanding the existing building to include more tipping-floor space and a two-level education room.

“This project has been an exciting challenge for Machinex since it was the first, complete turnkey project, including the building expansion, that we were managing,” Chris Hawn, CEO of Machinex Technologies, stated in a press release.

Van Dyk Recycling Solutions will provide sorting equipment for a major new MRF coming to Houston. FCC Environmental, which won a contract to sort and market the city’s curbside recyclables, selected Van Dyk for the facility, which is expected to be completed next spring. 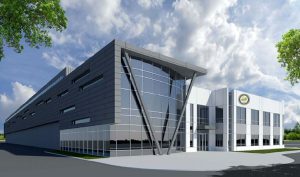 The Houston MRF will be designed similar to the Dallas facility but will feature additional optical sorters to maximize fiber quality and automatically recover film plastic, according to a press release.

The city of Houston is allowing glass and film to be included in the curbside program, so the new MRF will include a glass cleanup system and 13.5-foot-wide elliptical separator to remove film. 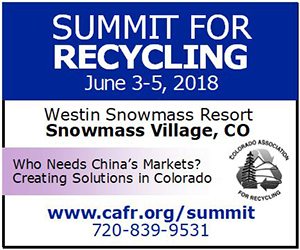