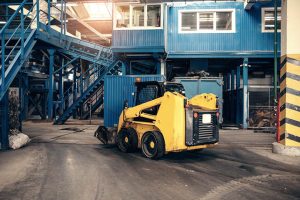 A key unknown during the Congressional tax negotiations was the fate of tax-exempt private activity bonds, which are frequently utilized in the solid waste and recycling industry. It now appears they’ll be retained.

Provisions related to the bonds were eliminated in the House proposal but retained in the Senate version. Under the revised bill released on Friday, Dec. 15, tax exempt financing remains an option for the industry.

Tax-exempt private activity bonds essentially allow a private company to seek tax-exempt financing for certain qualifying capital investments, according to an overview from the Public Finance Network. Solid waste facilities are included in this list of qualifying private investments that can seek tax-exempt financing. The private company can deduct the interest paid on the bond from its taxable income.

In effect, the government agency lends its ability to do tax-exempt financing, with the bonds or notes being used by a private enterprise. These are attractive to private companies because the rates on these loans are generally cheaper, since the debt holder doesn’t pay tax on the interest.

Private activity bonds were severely restricted by the massive tax reform bill passed in 1986, explained Andy Rose, a California attorney with more than 25 years of experience working with financing agreements for the waste and recycling industry. A wide range of facility types were denied tax-exempt financing status.

“But happily, among the uses still allowed were facilities for solid waste disposal,” Rose said.

The definition for a solid waste facility has evolved since then. Over the years, Rose said, “the Treasury expanded the definition to include pure recycling companies” rather than solid waste disposal operations.

With the current 35 percent corporate tax rate, companies using private activity bond financing can achieve about a 30 percent discount on interest taxes, a “pretty significant difference,” Rose said. That equation will change with the 21 percent corporate tax rate in the final bill Congress will consider this week, but for many transactions it would still make sense to use tax-exempt financing, Rose said.

Rose represents numerous solid waste companies of significant size, and he said almost all of them have used tax-exempt financing at least once in his 25 years working with the sector.

“Some we do almost a transaction every year or so as they grow and continue to get bigger,” he said. “Some of them, 85 percent of their debt is tax-exempt financing.”

Rose spoke with Resource Recycling just prior to the final tax bill text being released. The chambers had previously diverged in whether they wanted to continue allowing private activity financing instruments. Rose said his firm was working to close numerous private activity bond agreements, just in case Congress removed the exemption in the final tax plan.