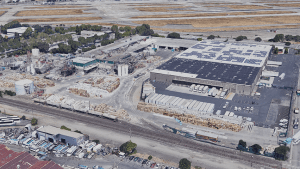 Graphic Packaging closed its Santa Clara, Calif. recycled paperboard mill at the beginning of December, citing high costs and market volatility as contributing to the decision.

The company announced in September the closure would take place by the end of the year. In a Securities and Exchange Commission filing last week, company officials confirmed the closure took place Dec. 1.

In an October investors call, company officials said the shuttered facility’s production capacity would be absorbed in the company’s Midwest operations.

“We are now able to redistribute most of the 135,000 CRB (coated recycled board) tons annually produced at the Santa Clara mill into our Midwest CRB and CUK (coated unbleached kraft) mills. About half of the Santa Clara tons will now be produced at CRB mills in the Midwest and half will be produced at our CUK mills,” said Mike Doss, president and CEO of the company. A transcript of the call was provided by Seeking Alpha.

The closure comes as industry leaders cite the need for more domestic mill capacity to handle material that can no longer be shipped to China. For example, David Biderman, executive director and CEO of the Solid Waste Association of North America, said in a recent interview that declining exports to China could mean a bolstered U.S. processing industry. He noted some companies are looking to open U.S. containerboard manufacturing plants and suggested the numerous closed mills across the country could be repurposed for this new bolstered production.

Graphic company officials cited a different impact from China’s regulations that played into the Santa Clara closure. Graphic is a major buyer of OCC, which has recently experienced major price instability due to a freeze in issuance of new Chinese import licenses. Doss referenced the fluctuating OCC prices, and the likelihood of further price swings as the Chinese policies take shape, in the decision to close the California plant.

“We do believe that over the medium term, there will continue to be an upward bias on secondary fiber,” he said. “That’s one of the reasons why, as we evaluated our mill system in the Santa Clara closure, we took out a mill that has the highest fiber cost because of its location on the West Coast, the most volatile if you will.”

But the mill closure doesn’t necessarily preclude increased domestic outlets for materials that may have otherwise gone to China. The company says almost all the production capacity will be retained as it’s absorbed into the other mills. And Doss also referenced efforts to incorporate mixed paper and other lower grades of recovered fiber into its feedstock.

“These aren’t huge projects, but they’re incremental projects that drive ongoing savings and give us flexibility down the road,” Doss said. “So it’s kind of a two-part equation. We have got to get through and see what ends up happening with secondary fiber. And at the same time, we are taking actions internally to try to mitigate the volatility of that critical commodity for us that we purchase.”

Doss added the closure will benefit the company through lower labor, recycled fiber and chemical costs. Those will be partially offset, however, by increased freight costs to ship product to the West Coast. Overall, the reduction in cost is expected to drive a net $10 million savings in 2018.