In Our Opinion: How to develop resilient markets at home

Recycling might just be the world’s second oldest profession. In the beginning, scrap materials were available, and someone was willing to pay for them. Thus, an industry based on supply and demand emerged. 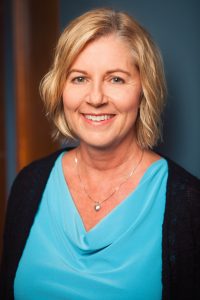 Curbside recycling programs were added to the mix more recently, becoming commonplace in the 1980s and 1990s due to both increasing disposal costs and increased concern for the environment. Although federal requirements drove recycled content purchasing among governments, American manufacturers’ appetite for recovered materials lagged the increasing national material supply.

Continuing the market development momentum of the time, several states funded their own projects. Multi-commodity recycling supply and demand assessments and recycling market development strategic plans were completed in several states. And a number of important nonprofit organizations formed, including the Chelsea Center for Recycling and Economic Development in Massachusetts, the Pennsylvania Recycling Markets Center, and the Materials for the Future Foundation in California. These organizations implemented an array of initiatives that were instrumental in strengthening domestic markets. 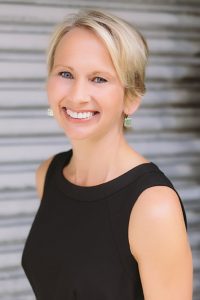 Concern over sufficient domestic buying capacity waned, as did the quality of recovered material, because China’s specifications were more tolerant than those of U.S. manufacturers. The ease of moving material to market was one of the primary factors supporting the switch to single-stream collection.

In the process, however, U.S. suppliers became too comfortable relying upon export markets.

In February 2017, China announced the National Sword, which was initially slated to run from March through November 2017, with a focus on running shipping containers through X-ray machines to identify high levels of contamination. However, more recently, China announced that it would not accept scrap with contamination levels greater than 0.5 percent (originally, the number being discussed was 0.3 percent), which would be very challenging to achieve with current U.S. single-stream programs. China also announced that imports of mixed grades (mixed plastics and mixed paper, for example) would be permanently banned, and officials have not renewed import permits or approved import quotas for recovered materials into China since June.

Consequently, it is once again time to identify and address the barriers to U.S. manufacturers using recovered materials. Strategies needed today may differ from those identified in the 1980s and 1990s – the material stream and processing technologies have changed – but the general approach should be very similar and public/private partnerships will be key.

Private industry is already stepping up – many companies have committed to the New Plastics Economy, which will spur demand for recovered plastics and innovation to recycle more types of plastics, and the Association of Plastic Recyclers recently announced the Recycling Demand Champion Campaign in which large companies commit to increasing their use of goods, such as dunnage and pallets, made with post-consumer polyolefin (PP and PE) resins.

Strategies to develop markets will include a combination of tools, including technology research and development as well as incentives and seed funding to catalyze investment in cleaning and sorting system enhancements for processors and manufacturers. Recycling market development needs will vary by region as well as by commodity type.

Clearly, the creation of end markets is integral to a true circular economy – a concept that many corporations are interested in (and committed to) helping bring about. However, this time we cannot become complacent. Recycling systems in the U.S. struggle on the funding front, with local officials often scrambling just to cover basic day-to-day needs. A first step in building strong markets is to improve materials quality, and thus marketability, by keeping contaminants out of the supply. This will require allocation of more resources to support recycling programs, including education and enforcement, as well as innovations in processing.

The material stream as well as the recycling industry itself is continuously changing. To become resilient, recycling market development requires continuous attention to address market inefficiencies and misinformation, and leaders must regularly evaluate which commodities need support. In addition, existing strategies should be regularly assessed for effectiveness.

Because the marketplace is in continuous flux, information, opportunities and strategic partners are also changing constantly. Success requires our own market development efforts to be ongoing, dynamic and informed by the decades of experience the industry actually already has in this realm.

Betsy Dorn is director of RSE USA. She has over 35 years of experience managing, designing and implementing recycling and solid waste management projects, including numerous recycling market development studies and plans. Susan Bush, a senior consultant for RSE USA, has been in the industry for over 20 years and has conducted numerous program optimization, planning, supply assessments and recycling market development projects.