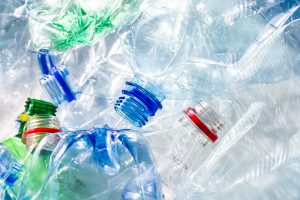 The U.S. PET bottle recycling rate dropped from 30.1 percent to 28.4 percent in 2016, as the volume of new containers placed onto the market continued to increase.

That’s according to an Oct. 31 report from the National Association for PET Container Resources (NAPCOR) and the Association of Plastic Recyclers (APR).

“The decline in curbside collection volumes of PET in 2016 marks the end of a period of slow, steady growth,” according to the report.

The findings point to a decline in containers covered by deposit programs as a large factor in the reduction in total PET container collection.

Curbside PET collection also fell, however, and the report points to low PET bale prices as a factor in this trend. Low pricing likely pushed “some of the smaller commercial collectors to reduce or eliminate recycling collections,” the report states. “Lower bale prices also may have contributed to less attention to best practices in single-stream MRFs, and as a result, more loss of PET bottles to the paper or residue streams.”

Reclaimers buy more but some close down

But the declining collections tell just part of the story. Although there was less material collected, U.S. reclaimers in 2016 purchased about a million more pounds of PET container material than a year earlier. They purchased 1.37 billion pounds of the total 1.75 billion pounds collected, or about 78 percent.

Despite the slight increase in processing volume, the U.S. reclamation sector reported significant challenges in 2016. Some respondents said it was the most difficult year since the industry began in the early 1980s.

Eight processing plants went off-line throughout the year and just one opened up shop, leaving 21 U.S. plants operating by the end of the year. The closures represent an unusual degree of fluctuation, according to the report.

“Tight margins, driven down by low virgin resin prices, put significant pressure on PET reclaimers and not all were able to withstand it,” analysts wrote in the report.

There were also visible challenges in the material stream leading to less PET utilization. The report estimated the 1.75 billion pounds collected led to production of 1.24 billion pounds of clean flake. That equates to buyers using about 71 percent of the amount they purchased, down from about 72 percent in 2015. The report described the 2016 utilization number as a “significant gap.”

The declining utilization reflects many familiar trends in the recycling stream: Contamination in curbside bales, smaller and lighter products, and a lack of design for recyclability all played into the lower utilization of collected material, according to the report.

Combined U.S. and Canadian end market news was positive, representing a partial resurgence from a year earlier. Converters used about 1.5 billion pounds of recycled PET, a figure that includes domestically generated and imported material. That was a 5 percent year-over-year increase in end market demand, after 2015 saw a 9 percent dropoff in end-market purchases.

The report will be discussed in a Nov. 7 webinar hosted by APR.