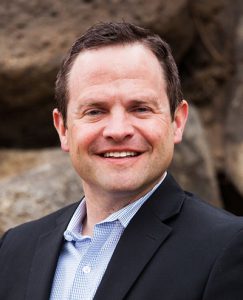 Recycling decisions tend to be made on the local level by nonpartisan leaders, but national politics – and fundamental ideological differences – still shape the dialogue. A recent study of local government agendas showed stark differences between left-leaning and right-leaning communities when it comes to action around materials diversion.

“It was interesting that one (blue) California city referenced its diversion rate as part of stating its opposition to President Trump withdrawing the U.S. from the Paris Climate Accord,” said Jeff Eager, founder and CEO of Waste Alert. “That’s a stance that the Wyoming and Idaho cities in our sample just wouldn’t take, for a number of reasons.”

Eager’s company works on behalf of clients to monitor and track waste- and recycling-related items at city and county government meetings. During the second quarter of this year, Waste Alert reviewed 2,275 agendas and minutes from communities in 16 states. Its report on the quarter noted that 25 percent of those meetings addressed waste and recycling in some way.

But Eager, a lawyer specializing in solid waste and recycling franchise issues and the former mayor of Bend, Ore., also noticed clear differences between red-leaning areas versus blue-leaning ones.

Resource Recycling asked Eager to talk a little more about his findings:

Did you find that red or blue areas tended to discuss recycling and solid waste issue more than the other overall?

Generally speaking, blue areas tend to discuss recycling and solid waste issues more frequently. There is a baseline of discussions and actions related to contract or franchise renewals, approval of rate changes, budgets including solid waste or recycling components, that is pretty standard regardless of the political leanings of the community. Some blue jurisdictions add to that baseline discussions of increasing diversion, food waste, and similar items that haven’t yet gotten the same attention in many red areas. So, you get somewhat more activity in blue areas, I think.

Could that fact be a reflection of the realities of service in rural areas versus urban ones?

The correlation between population density and political preferences is well-known. Bigger cities tend to be more liberal than small towns or rural areas, with some exceptions of course. However, even comparing similarly sized cities in, for example, the Bay Area in California to cities in Idaho and Wyoming, the focus on diversion is greater in the Bay Area.

Do you think that state recycling policies and goals in blue states tend to spill down and drive those conversations in blue cities and counties?

Yes. In some states, like California and, recently, Colorado, localities are encouraged if not required to address diversion, whether the locality itself is blue or red.

There are certainly examples of liberal cities in the U.S. that perform very poorly in recycling and red cities that excel in it. How can more red ones in Waste Alert’s monitoring areas potentially be spurred to boost their recycling performance?

The best way for citizens to urge their councilors to do something is to show up at city council meetings. It’s possible (though not advisable) for councilors to ignore emails, but it is much more difficult to ignore a room full of concerned, tax-paying citizens. I saw this many times when I was on the City Council here in Bend. It can be a pain to get to the meetings, but it’s effective.

Looking not at the red-blue divide but at all of the boards and councils Waste Alert examines, which local decisions tend to garner the most public attention and controversy? What lessons can haulers, materials recovery facility operators and municipal officials learn from seeing the rocky roads their peers travel on specific recycling-related issues?

The issues that we see receive the most attention tend to be around real or perceived service deficiencies, such as garbage not being picked up timely, the selection of a new contract/franchise hauler, or decision-making about decommissioning and/or siting a landfill. The latter, in particular, tends to be a topic of intense debate for a long period of time, as you might imagine.

The lesson for haulers and MRF operators is to stay on top of what city councils, county commissioners and special district boards are doing. A negative citizen comment about a hauler, made during the public comment section of a city council meeting, can snowball into a very expensive problem quickly. Heading off those problems early on is the most cost-effective (and best) way to address them, keep their customers and their municipal partners happy.

The best thing municipal officials can do is to acquaint themselves with how their jurisdiction deals with waste and recycling. The elected officials are processing lots of information about lots of issues, and especially in jurisdictions in which hauling is contracted to a private party, waste and recycling services tend not to be a daily focus for staff or elected officials. But, ultimately, waste and recycling is the responsibility of municipalities, and complaints are commonly brought to the local government, even if it’s not providing the service. A little knowledge can help officials process problems more quickly and efficiently. 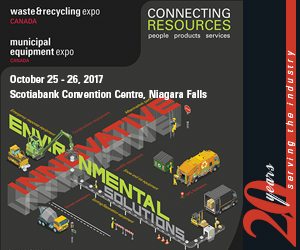