From APR to Hong Kong, variety of voices weigh in 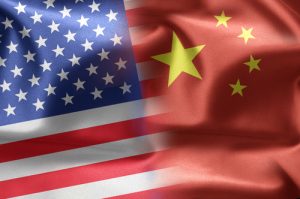 Three weeks ago, Chinese authorities declared their intention to stem the flow of recovered papers and plastics entering the country. Since then, numerous stakeholders have expressed alarm and asked questions, as additional details come to light.

The following is a roundup of some of the recent news and opinions related to the announcement:

Action plan released: The main administrative authority in China has released what it calls an action plan to phase out waste imports. The document, posted on the website of the State Council on July 27, says the council approved a plan to ban imports of waste plastics, unsorted scrap paper and discarded textiles by the end of the year, reiterating what the country indicated in a notice to the World Trade Organization (WTO). It also called for a large increase in domestic recovery in the next three years.

Processor analysis: The action plan “demonstrated the government’s determination” to raise its own recycling rates and phase in a complete ban on recovered materials imports in the future, according to a market report by Steve Wong, chairman of plastics recycling company Fukutomi and a leader at the China Scrap Plastics Association. Wong said there are still a lot of unknowns about what exactly will be banned by the end of 2017.

Sorting out the wording: In a write-up on the website of the Ontario-based Paper and Paperboard Packaging Environmental Council (PPEC), an industry executive points out the crux of the concern over China’s announced ban on “unsorted” paper and “mixed plastics”: What exactly do those terms mean? Al Metauro, CEO of Cascades Recovery, said that if the wording is taken literally and only applies to single-stream, truly unsorted material (paper with containers, containers of all types mixed together), Canadian programs will, for the most part, be fine.

Capacity in place: U.S. plastics processors have the ability to process the volume of material that is being exported to China, according to the Association of Plastic Recyclers (APR). “If we can get it collected and separated … we can process it, and then we will need the demand markets to pick up,” Steve Alexander, executive director of APR, said in a recent webinar. He added that the association is “cautiously optimistic” that the situation could ultimately lead to a stronger domestic plastics recycling industry, although he acknowledged there will be some period of market vulnerability.

Strain on Hong Kong: While North American interests express worry about how they’ll be hurt by a ban on recovered paper and plastic imports, Hong Kong’s plastics recycling industry also sees painful times ahead. So writes Edwin Lau Che-feng, founder and executive director of Hong Kong-based nonprofit group The Green Earth, in the South China Morning Post. He points out Hong Kong, a special autonomous region of China, buys vast quantities of scrap plastics from overseas and sells them to mainland importers.

Staunch defender: Although China’s announced ban has generated some apprehension in the U.S. recycling industry, it’s receiving some praise inside China. An editorial in China Daily applauds the move and says it’s in line with the Basel Convention guidelines on waste management. The newspaper acknowledges the processing of imported recyclables had turned into a “lucrative industry in some places,” but also opines that there is a “growing social consensus that the environmental costs far outweigh the revenues it creates.”

Seeking alternatives: According to a market report from the Institute of Scrap Recycling Industries (ISRI), quality improvements may not exclude materials from the ban. For that reason, ISRI says “alternative markets and vertical supply chain expansion will need to be explored,” according to a write-up by Recycling International. But, the report continues, “from an established consumption capacity perspective, there isn’t a single market that can provide an alternative to China.”