In My Opinion: The push for reusable packaging

Another example can be seen in Hamburg, Germany, which in February 2016 banned coffee pods and some other disposable packaging from government buildings.

In the U.S., dozens of cities have banned plastic bags, starting with San Francisco in 2007. More recently, San Francisco banned polystyrene, including foam cups and food packaging, packing peanuts, and beach toys, among other things. 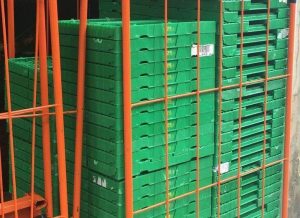 In its proposal amending the Packaging and Packaging Waste Directive (PPWD), the European Parliament has called for new reuse targets (non-binding) of 5 percent (by 2025) and 10 percent (by 2030). While the European Council does not accept any reuse targets at this point, it has said that it will consider the feasibility of setting targets at a later date and fully support the collection of data in order to better understand the current level of reusable packaging across member states. In addition, the Council has offered new legal text to encourage the increase in market share of reusable packaging by way of deposit-return systems, targets, economic incentives and mandating a minimum percentage (by market share) of reuseable packaging sold each year.

In the context of the PPWD, packaging is defined as products used for the containment, protection, handling, delivery and presentation of goods, and this includes both raw materials and processed goods at any stage of the chain from producer to final consumer. Examples of reusable transport packaging include containers that are used multiple times, such as reusable produce crates, cases and pallets. Reusable packaging can also include consumer or sales packaging, such as refillable beverage containers.

While there are numerous studies demonstrating the importance of packaging reuse in the retail chain, very few countries have official data on their reusable packaging and only a few EU member states voluntarily report on reuse of packaging.

Despite these benefits, the market share of reusable packaging remains small, and has even declined for some products. Refillable beverage containers, for example, are on the decline in many parts of the world, as single-use alternatives made from glass, plastic, metal and multi-laminate materials take their place. In Western Europe alone, sales of refillable beverage containers have dropped from 63.2 billion units in 2000 to 40.2 billion units in 2015, according to a 2015 report from market analysis firm Canadean.

Another factor has been the shift in the retail landscape toward large retailers who refuse to sell products in reusable packaging, in an effort to reduce the labor, space and general management requirements associated with having to take them back. Also, stakeholders have balked at the fact that refillable systems require a greater level of cost internalization by beverage producers. Whereas producers of beverages in one-way packaging generally only pay for a share of the end-of-life management costs, producers of refillable beverage containers incur the full costs of collection and refill. This unlevel playing field creates an economic incentive to use one-way containers over reusable ones. 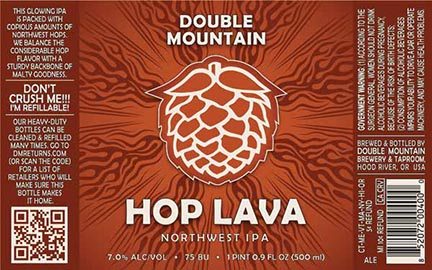 Oregon-based Double Mountain now notes the reusable nature of its bottles on labels. The company has partnered with the Oregon redemption system to develop a process for bottle refill.

While the uptake of reusable packaging faces a number of challenges, it remains an important item on the EU policy agenda. With the release of the new CEP, it is fair to say that in Europe, at least, the days of sharing this responsibility with municipalities are over. Soon enough, producers will be responsible for 100 percent of the costs of managing their waste, and will be forced to reach higher targets. In addition to political pressure, there is considerable public pressure to move away from single-use packaging.

Reuse could also take another form, one where the focus is on reducing the unnecessary shipment of products from one place to another by allowing a user to refill in the home, or offering direct refilling in-store. For example, many of the products we use on a daily basis, such as household cleaning products, are currently sold in single-use bottles and consist mainly of water with only a small amount of active ingredients. California-based company Replenish provides customers with refills in 3-ounce pods that users can mix with tap water in a reusable spray bottle at home. New delivery models such as this could reduce packaging material needs by 80 to 90 percent and cut packaging costs by 25 to 50 percent.

We need new, smarter materials. Those policy leaders and corporate visionaries who are able to think beyond the classic one-way distribution model to one that reduces energy at all stages of production and delivers the product to the consumer in the most eco-friendly way possible may indeed end up on top.