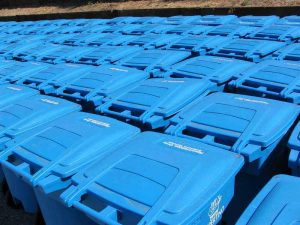 More than 50 U.S. recycling professionals will receive grants to attend the 2017 Resource Recycling Conference, a five-fold increase over last year.

The conference is being held Aug. 28-30 at the Hyatt Regency Minneapolis in Minnesota.

“You can accomplish more with others than you can do alone,” Keefe Harrison, CEO of The Recycling Partnership, stated in a press release. “We thank these companies and groups for joining us in bringing 53 recycling professionals from 34 U.S. states and the District of Columbia to the Resource Recycling Conference.”

In other news from the nonprofit group, The Recycling Partnership announced on July 24 that it has teamed up with the City of Atlanta to launch a “Feet on the Street” public service and educational campaign to reduce contamination. The pilot effort will include targeted messaging and tagging contaminated carts.

The Resource Recycling Conference is taking place Aug. 28-30 in Minneapolis. Details on registering and the full agenda schedule are available online.