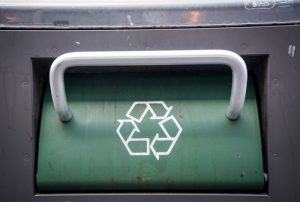 The report broke down three distinct categories in the recycling industry, which the study dubs the Pennsylvania recycling marketplace. The “core” recycling sector includes haulers, MRFs, scrap traders. The remaining two categories are the downstream manufacturing sector, which includes all stages of processing and converting the materials for use as recycled raw feedstock, and the reuse sector.

The study identified nearly 6,400 companies that are part of those three sectors, directly providing more than 66,000 jobs in 2015. But those figures don’t tell the whole story.

“The operation of the direct companies triggers additional activities within their associated supply chains, leading to further ‘indirect’ contributions to the Pennsylvania economy,” the report states.

Finally, when the direct and indirect employees spend the money they earn stemming from the recycling marketplace, their spending is identified as the industry’s “induced” contribution to the economy. The industry contributed to nearly 110,000 indirect and induced jobs, the report states.

Economic impact figures provide an important tool for promoting the recycling industry, particularly in demonstrating its impact outside of the environmental realm. A lobbyist for the Institute of Scrap Recycling Industries recently described emphasizing either the environmental and economic implications of the industry, based on the priorities of different politicians.