Recycling stream shifts driven by e-commerce are leading one hauler to seek higher collection charges, and the largest MRF in the Southern Hemisphere opens in Western Australia.

Refusing to pay: A group of Indiana citizens are refusing to pay an itemized curbside recycling charge that appears on their property tax bills. The South Bend Tribune reports that the St. Joseph County residents, who are backed by a group called Citizens for Common Sense, claim not to use the recycling service and feel they should not have to pay for it.

Material challenge: The Ellen MacArthur Foundation and several partners are challenging the packaging industry to up its recyclability game and are offering a total of $2 million in awards. According to a press release, the New Plastics Economy Innovation Prize is divided into two components, one that focuses on product design to lessen waste and another that emphasizes packaging recyclability.

E-commerce costs: The increase of OCC in San Francisco’s recycling stream has led hauler Recology to seek a 14 percent increase in service charges. The San Francisco Chronicle writes that the growth in corrugate usage is due to packaging from e-commerce.

New record: A new materials recovery facility (MRF) near Perth, Australia says it is the largest facility of its kind in the Southern Hemisphere. The Western Australian reports that the Cleanaway MRF in South Guildford will have a full operating capacity of more than 250,000 short tons per year. The system was provided by Bulk Handling Systems. 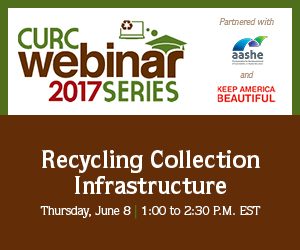