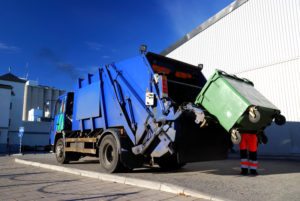 The City of Los Angeles has approved commercial franchise hauling zones after more than two years of planning. Proponents say the change puts the nation’s second largest city on the path to achieving a 90 percent diversion rate by 2025.

“I applaud all of our City Council and community advocates who have remained steadfast on this journey to ensure that L.A. will lead the way to modern and sustainable waste management for cities across the country,” Councilwoman Nury Martinez said in a press conference after the Dec. 9 vote. “This effort will help communities that have been traditionally hurt by this industry. I’ll always be an environmental justice advocate at heart, and [this] vote makes me very proud.”

Not everyone is excited about the franchise zones though. Ron Saldana, executive director of the Los Angeles County Disposal Association, told the Los Angeles Times prices are going to go up.

Earlier in the planning process, the following companies were awarded contracts by the City:

The City received proposals from 15 different haulers. Two companies, Recology and United Pacific Waste, withdrew during negotiations. The rest were assigned a score based on the company’s qualifications, transition and service plan, innovation and cost. Athens received the highest, garnering a score of 92 out of 100.

Currently, there are more than 200 permitted waste haulers in Los Angeles. The City says fewer than 150 of them are actually collecting. City crews collect residential material in L.A.

The contracts last for 10 years and come with two five-year renewal options. Terms of the contract include using newer, clean-fuel vehicles with on-board technology to record fuel consumption, idle time and other data. The contract also requires haulers to upgrade their facilities and infrastructure so it can meet the demands of the zone.

The franchise zones cover commercial entities only and require the haulers to offer recycling bins, along with garbage bins. Organics collection must also continue for those customers who already have it and must be offered to those who don’t.