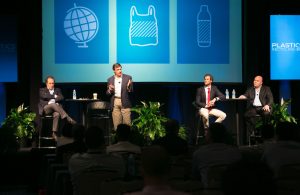 Together, they provide museum tours, child health and education centers and adult financial literacy classes. Thousands of impoverished people rely on them for survival. But they’re not charities or social welfare programs – these Latin American programs are run by local plastics reclaimers.

“Today, I say that recycling is a clear solution out of poverty for our Central American countries and Latin America,” said George Gatlin, general director of Honduras-based Invema. “It offers a job to people of any age, any level of education, be it a man, be it a woman. They can go and have a better life because of recycling, and, as well, we provide a social solution to the problems that we have in Honduras.”

Gatlin was one of three speakers participating in a session focused on Latin America at the Plastics Recycling 2017 conference, which was held in early March in New Orleans. Joining him as speakers were Jaime Camara, founder and CEO of Mexico-based PetStar, and Jacobo Escriva, manager of the recycling division of Peru-headquartered San Miguel Industrias (SMI), a packaging producer.

PetStar, SMI and Invema are trailblazers in their respective markets. Their growth mirrors the advancement of plastics recycling overall in Latin America, a region with nearly twice the population of the United States.

“All Latin American countries are really growing collection drastically,” said Camara, who sits on the board of the Association of Plastic Recyclers (APR). “And, of course, the whole plastics recycling industry, specifically PET, is truly advanced and evolving.”

As CEO of PetStar, Camara heads what is described as the world’s largest food-grade PET recycling plant, located near Mexico City.

A fully integrated reclaimer with a stated capacity of 40,000 metric tons per year of post-consumer food-grade PET, PetStar is able to exceed its stated production limit by 25 percent, Camara said. That’s because it controls the feedstock supply, operating eight collection plants with 700 employees and 150 trucks.

Overall, his company has 1,000 direct employees. That number doesn’t include the estimated 24,000 pickers who supply PET bottles to PetStar collection trucks, which haul them to company facilities for sorting and baling.

“We offer [pickers] certainty,” Camara said. “We offer them what we call the PetStar inclusive collection model: fair income without intermediaries.”

PetStar has also embarked on social development efforts. For example, in a poor quarter of Mexico City, it offers educational, food and health services to 250 children of pickers, an effort the company is about to replicate in three other Mexican cities, Camara said. The aim is to reduce children’s role in picking by giving them a formal education.

Camara emphasized efforts to reduce PetStar’s carbon footprint and water usage, prevent plastics leakage to the natural environment and decrease waste. He also stressed the importance of delivering a profit to investors.

“In order to be truly sustainable, you have to be profitable,” he told the audience. “Otherwise, you will not endure.”

SMI, a packaging producer with operations in seven Latin American countries, runs Peru’s first PET bottle-to-bottle recycling facility. In December 2014, the country of more than 30 million people became the last in the region to allow the use of recycled PET resin in new bottles. But the use of recycled PET in drink bottles is already advanced elsewhere in Latin America, Escriva noted.

“You can say that recycling bottle-to-bottle is already a trend in Latin America,” he told the audience. “You have brands like Coca-Cola, Villavicencio in Argentina, Postobon in Colombia and RainForest in Costa Rica that are already using good amounts of recycled resin in all their PET containers,” Escriva said.

SMI is able to collect and process 20,000 metric tons of discarded PET bottles per year. It supplies recycled PET resin to Backus, a bottler that incorporates 25 percent recycled content in all plastic bottles in Peru, he said.

In a country where over 90 percent of waste ends up in an estimated 1,850 informal landfills, SMI helps make a dent in the volumes landfilled or burned in the open. SMI also helps offset the need for PET imports, improving Peru’s trade balance to the tune of $40 million per year. As is the case with PetStar, it also provides income for thousands of pickers, who collect and provide PET bottles to a network of 29 suppliers in Peru.

Yet Escriva was also clear about the challenges the company faces in Peru. Among those is the smuggling of PET bottles into neighboring Ecuador, where smugglers can illegally redeem them and collect 2 cents per container. Peru also has a poorly developed market, difficult geographies, competition from export markets, a lack of government support and tight competition with the region’s cheapest virgin PET, Escriva said.

Founded by Gatlin in 1994 as a small aluminum can recycling company, Invema today is the largest PET bottle reclaimer in Central America, processing about 24,000 metric tons of PET per year. It is located in the north of Honduras, a country of just over eight million people.

“As we’ve seen in the markets in the last two years, they’ve been terrible,” Gatlin told the audience. “By being diversified, we can add value to what we’re doing and, more importantly, create stability to our suppliers.”

Invema directly employs 385 people but, similar to PetStar and SMI’s recycling division, it relies on informal pickers to generate its feedstock. Invema doesn’t allow children inside its facility, so some pickers leave their kids outside on the sidewalk while selling scrap inside. To help them, Invema is building a center where they children can learn about recycling and play while their parents sell scrap plastic.

Invema has seen suppliers lifted out of poverty by selling their scrap. Some, however, spend their new-found money on drugs, alcohol or gambling. So Invema started offering them financial responsibility classes every two months.

“Suppliers who know how to handle their money will be long-term suppliers and happy suppliers,” Gatlin said. “If they grow and they’re stable, then we grow as well.” 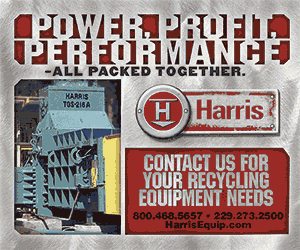