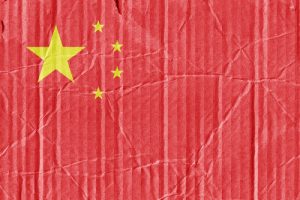 Chinese customs authorities are inspecting every container entering the country at certain ports, causing longer shipping times. And some observers say the enforcement efforts could also be driving down recovered paper prices.

“All containers are being checked using X-ray machines, and where these are not available, then the containers will be opened for examination,” U.K.-based group The Recycling Association recently reported in a release. “All containers will also be weighed to verify their weights.”

Adina Renee Adler, senior director for government relations and international affairs at the Institute of Scrap Recycling Industries (ISRI), told Resource Recycling the biggest impact on exporters has been delays at ports. She said some North American companies have learned all containers they send are undergoing inspections, a step up from customs efforts in the past.

To carry out the enhanced inspections, Chinese authorities have taken steps to ensure ports have the resources and trained staff, Adler said. In some cases, that has meant port closures.

“Some of the smaller ports have been closed to imports of these materials because they don’t have the infrastructure to do all that extra checking,” Adler said.

The enforcement campaign, dubbed National Sword 2017, began in February and has been framed with a particular focus on plastics and scrap electronics. Last month, PetroChem Wire reported PET bale import demand from China was down from February and attributed it to the Chinese crackdown.

But in its recent release, The Recycling Association noted the increased inspections “will also be checking the level of non-fiber impurities and excessive moisture in bales of paper.” The campaign shows the importance of quality in paper exports, the organization said.

For some North American exporters, National Sword might not result in returned bales. That’s because exporters had already adjusted to the Green Fence enforcement campaign from a few years ago, said Bill Moore of Moore & Associates, a paper markets analysis firm.

“Shippers of low-end grades of recovered paper (mostly mixed paper) have been pretty careful with what they have been shipping since Green Fence,” Moore told Resource Recycling.

“That was somewhat our wakeup call into realizing, ‘Hey, the world has changed.’ We can’t as an industry make the same type of quality of material we made prior to 2013,” Bell explained. The company has since heightened its focus on the inbound quality of material, he said.

Bell described China as a “predominant player in the export market for us.” The country also serves as one of the few outlets in the world for some grades of recovered paper.

“I think not just Waste Management but the industry is dependent on China for moving of materials,” Bell said.

So far, National Sword has resulted in slight delays but nothing significant for Waste Management, Bell said. In some ways, it may also be helping the export process evolve. As an example, he pointed to the new use of X-ray machines, which allow a truck to drive slowly through while the machine scans its contents.

“I think that in the future you’ll see more and more technology that will play a part in making sure material quality is of the highest standards and making sure the export process is in line with what both sides’ expectations are,” Bell said.

ISRI has been working to communicate information to exporters so those companies know what to expect with regard to shipping delays.

“The major on-the-ground impact of the program is the cost associated with it,” Adler said. With enough information ahead of time, companies may start to be able to build longer delivery times into their contracts.

The crackdown may be having bigger impacts on recovered fiber prices.

“Is National Sword affecting paper prices? I think the answer to this is ‘yes,'” Simon Ellin, chief executive of The Recycling Association, said, noting that the U.K.’s mixed paper prices dropped by half from mid-March to early April. Although there are several influences at play, including supply and demand and high shipping rates, Ellin said rumors surrounding National Sword and increased delays have been used by Chinese buyers to drive prices down.

Bell also noted the timing of a market decline corresponding with China’s enforcement.

“It is ironic that 30 days ago, everybody was wanting paper and paying some fairly high, if not all-time high, prices for it,” he said, “and within another 30-day time period, we’ve seen some commodities are hard to even get orders on right now.”