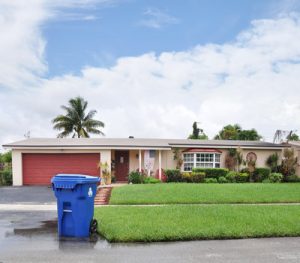 California regulators are signaling they may want a mandatory program covering end-of-life management for packaging, and a workshop next week will explore what the details could look like.

No U.S. state has approved a mandatory extended producer responsibility approach to packaging, although it has been considered in Rhode Island and Connecticut. Canadian provinces, including British Columbia, use EPR laws to finance and manage their recycling systems.

Next week’s meeting is part of what CalRecycle described as “an extensive public consultation process to gather feedback during development of the model.”

CalRecycle sees a mandatory diversion approach to packaging as important to helping California achieve its goal of a 75 percent recycling rate by 2020.

Years in the making

In 2013, CalRecycle identified the diversion of packaging away from landfill as a key strategy to reaching its 75 percent goal. Consumers in California generate an estimated eight million tons of packaging each year, constituting one quarter of the MSW stream.

“That 75 percent goal will never be met without tackling this part of the waste stream,” CalRecycle spokesman Lance Klug told Resource Recycling.

CalRecycle asked for stakeholder input due to the complexity of packaging and recyclability. Its first workshop was held in November 2014 to get feedback from packaging companies, trade associations and other stakeholders. That discussion showed that most industry representatives preferred an approach that would “focus on partnerships and voluntary efforts instead of mandatory ones,” according to CalRecycle.

So the department in early January 2016 convened what was termed the “Manufacturers Challenge,” featuring a dozen trade associations and manufacturers. Their goal was to present ideas to voluntarily meet the California goal, avoiding state mandates.

Later in the year, CalRecycle staff indicated they felt the meeting did not achieve the results the department was looking for. In a September 2016 request for approval, CalRecycle staff said the industry representatives did not propose new actions they would take to help California achieve its goals and, instead, used the Manufacturers Challenge session to highlight their existing national activities to reduce packaging waste.

CalRecycle’s takeaway from the manufacturers’ discussion was that the department should drop consideration of a voluntary manufacturer approach to meet state goals.

The state should instead develop a “mandatory, comprehensive, state-wide packaging program” to address packaging waste, while further exploring some of the voluntary manufacturer proposals that could be complementary to the mandatory program, the memo stated.

A second discussion titled “California Considerations” includes Republic Services, Merlin Plastics, Californians Against Waste, a San Francisco city official, the California Product Stewardship Council, the Ocean Protection Council, Graphic Packaging Inc., and a retailer and brand owner that had not been decided on when the agenda was compiled.

The meeting will also include audience question-and-answer sessions and a facilitated discussion between all panelists and attendees.

Those who can’t attend event in person can listen in on the workshop via an online webcast. The workshop runs from 9:30 a.m. to 4 p.m. PST on March 22.

At the Association of Plastic Recyclers (APR) March meeting last week, APR Executive Director Steve Alexander said the potential for packaging EPR is the “elephant in the room” in California’s discussions.

He said there are too many variables for APR to take a position just yet, but he said his reading is CalRecycle is serious about moving forward with some sort of packaging program, even if it makes some groups unhappy.

Bruce Magnani, who lobbies on behalf of APR, described the upcoming workshop as “CalRecycle’s first shot across the bow that they’re really serious about stewardship.”

He said it’s unlikely the program would be established in one legislative year and predicted its development would continue into 2018. 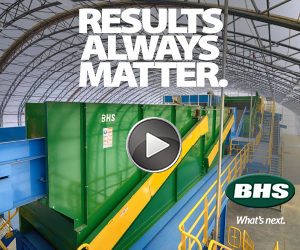