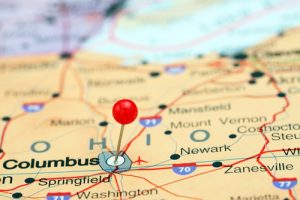 The City of Columbus, Ohio will pay 50 percent more for recycling and yard debris collection over the next five years, under the terms of a contract approved this week.

Rumpke Waste & Recycling charged roughly $30.1 million to collect recycling and yard debris from 2012 to 2017. But from next month through March 2022, the hauler and MRF operator will charge nearly $45 million for the same service.

In 2011, when Columbus first solicited bids to begin recycling and yard waste collection services, Rumpke beat out two competitors. But when the contract came up for renewal last fall, the Ohio-headquartered company was the only hauler to submit a bid.

In January, Rumpke spokesman Jonathan Kissell told Resource Recycling the cost increase reflects a number of factors, including declining commodity prices and increasing wage and insurance costs. But he also pointed out that the 2011 bid was the first time Columbus had a single-stream collection program, meaning Rumpke was “embarking on unwritten territory” in estimating what it would cost to perform the service. The higher bid, he said, reflects the true cost of providing the service.

During the Monday public hearing, City Councilwoman Elizabeth Brown described the price difference as a steep increase for the same level of service. The first contract year, which begins next month, will cost the city $8.5 million, a 37 percent jump over the previous year. The city will pay the difference by diverting money from its street construction and maintenance funds, council documents show.

Brown said the city’s recycling and yard waste service is something its citizens want, and she noted that it diverts 42,000 tons of material away from disposal each year, an important component in conserving space in the city’s landfill.

The city has landfill diversion requirements, and the public service department described recycling and yard debris collection as a necessary part of reaching those landfill avoidance goals.

“But it is also important to recognize that this kind of cost increase is not sustainable for the city,” Brown said. She proposed an amendment to the motion directing city staff to report to the council quarterly on the city’s progress improving the efficiency and cost effectiveness of the program. The amendment passed unanimously.

Council President Zachary Klein queried city staff on why no other companies had submitted bids to perform the service.

Jennifer Gallagher, director of public service, said multiple haulers told her department it wouldn’t pencil out for their companies because they’d be facing a substantial capital cost to start up service for 200,000-plus households. Rumpke, on the other hand, has already invested the capital to provide the service and has the only nearby MRF to sort materials.

Gallagher said some companies suggested the city split its collection into multiple zones, which would make it easier for other companies to enter the market.

Council members said they would like to have more time to find an alternative, but with the current contract running out at the end of the month, they had to make a decision this week to avoid a recycling service lapse.

“We’re left as a council with a binary choice of accepting the … increase or eliminating the recycling program altogether,” Klein said.

The ordinance stipulates that the city will continue to negotiate with Rumpke to reduce the cost, but that if cost reductions lead to major changes in service, the decision would come back to the council for consideration.