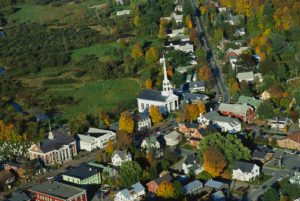 According to a recent status report, disposal decreased 5 percent from 2014 to 2015 and recycling and composting increased by 2 percent. The report also says food donations to the Vermont Foodbank grew by 40 percent and more Vermonters have access to recycling than in previous years.

When the law was passed, the state had been experiencing a stagnant recycling rate between 30 and 36 percent for many years. The state also found that 50 percent of the landfill stream was recyclable or compostable items.

To make recycling more accessible, the state now requires all haulers and solid waste facilities to collect recyclable materials. According to the status report, all landfills and transfer stations within the state are complying and most of the haulers are as well.

In addition, the law also requires a recycling bin alongside each garbage can that is in a public space. The report indicates officials are pleased with the progress being made in this area.

Because of the law’s emphasis on reducing food waste, many people are donating food instead of throwing it out. By 2020, all food scraps will be banned from landfill.