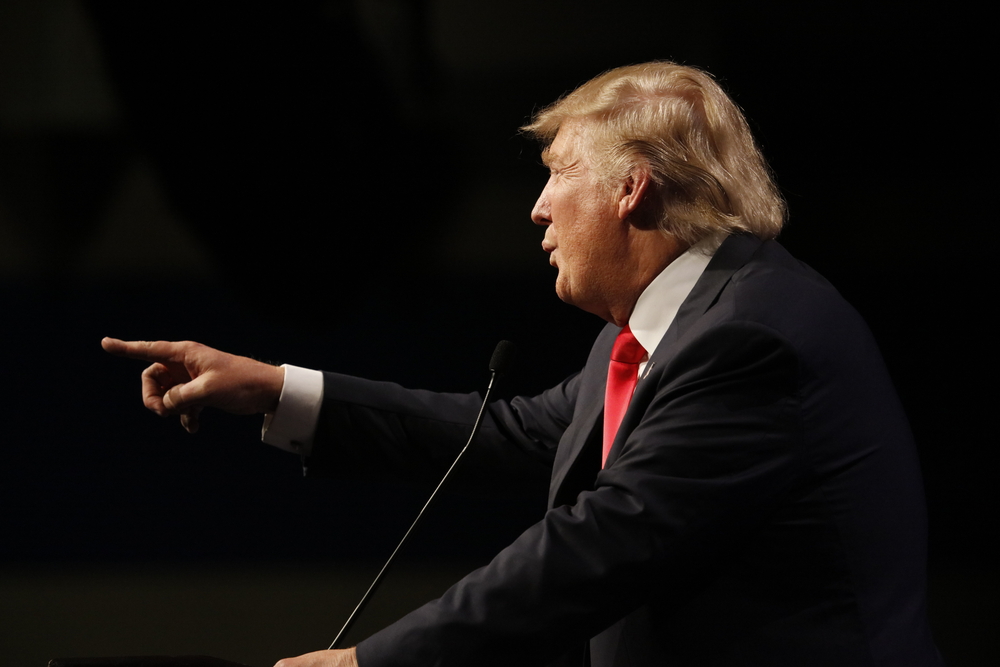 Last week’s stunning election results showed change is afoot in Washington, D.C. But to what degree will a Trump administration and continuing GOP control of Congress affect the recycling sector?

This early, it’s an impossible question to answer. Donald Trump is just in the preliminary stages of putting together his policy team. And when the president-elect and Congress start working together in 2017, the future of materials recovery isn’t exactly going to be the first topic they tackle.

Nonetheless, Republican control in Washington could result in very real recycling reverberations. Here are a few areas we’ll be keeping an eye on at Resource Recycling HQ as the nation’s next political era unfolds.

Over the last year, Trump’s campaign brought us soundbites and rhetoric relating to policy that, if enacted, would have a monumental impact on the international movement of goods and commodities — and therefore on the business of recycling.

In Trump’s drumbeat around bolstering U.S. manufacturing, for example, he has threatened to dismantle the North American Free Trade Agreement and discussed the notion of a 45 percent tariff on imports from China.

Those moves would undoubtedly cause disruptions in the movement of recyclables. Canada and Mexico are both key destinations for material recovered in the U.S., and any major U.S. action lifting the price of goods from China would likely be met with retaliation from Beijing.

Though Trump has Republican majorities in both the House of Representatives and Senate at his disposal, it still seems unlikely that such brash economic shifts could actually come to pass. Experts on trade between the U.S. and Canada, for instance, are saying they actually expect trade relations between the countries to strengthen in the coming months. When large nations have been trading for decades or centuries, the economic inertia is typically stronger than any governmental action.

Still, the industry would be wise to track trade policy directed toward Asia. The history of the U.S. recycling industry has shown us that the value of materials we recover here is very much tied to demand for manufacturing feedstock in that part of the planet.

On that front, it’s important to note that in a Trump-led government, the Trans-Pacific Partnership, which has been awaiting Congressional approval for some time, seems to have little hope of moving forward.

When we reported last month on the possible effects of that pact between the U.S. and 11 other non-China countries, most recycling leaders we spoke with said the industry stands to gain the most when international trade is left unhindered.

That’s the opposite of what’s been hinted at in the rough economic vision laid out by Trump thus far.

Immigration and the workforce

Though Trump’s promised wall at the Mexican border may never rise, other barriers to citizenship and employment for foreign individuals will certainly be proposed. Trump has pushed for increases in deportations, and he recently told “60 Minutes” he aims to act quickly to force more than 2 million immigrants out of the country.

Leading Republicans in Congress have already started shooting down the idea of using huge sums of government money to fund deportation, and the immigration debate is going to be long and likely very ugly.

But the policies that emerge could have major impacts on recycling facilities and hauling entities, many of which rely on Latinos and other immigrant populations to complete the work of collecting, sorting and handling other key duties in the recycling chain. There are materials recovery facilities our staff has visited where safety signage appears in Spanish first, illustrating just how important Latin American immigrants, documented or not, are to many facilities.

Struggles to recruit workers — or the loss of employees that are already in place and trained — would lead to productivity and cost struggles at many recycling operations, especially those in southern border states.

Tax cuts represent one realm where the president-elect and most Republicans in Congress do share common ground. “I guess that that’s Item 1 on the Congressional agenda,” one economic policy expert recently told The New York Times.

Not surprisingly, many large companies in the waste and recycling sphere are looking at that Republican alignment on the tax issue as a positive development.

In a corporate conference call last week, leaders at publicly traded Waste Management said they are hoping Republican leadership will produce lower taxes on big businesses — and a boost to bottom lines.

“Obviously, with the highest corporate tax structure in the world — and those of us who are primarily United States or North American companies bear the brunt of that — we would be supportive of any change for the better in corporate taxes,” W. Robert Reum, non-executive chairman of the board at Waste Management, said on the call. “I guess with a Republican Congress and a Republican president, it’s probably the best shot you’ll have at it.”

Over the last three decades, recycling has reached a level of maturity as an industry. That means few factors affect its well-being more than the state of the American economy as a whole. When more Americans are working and spending, more materials enter the stream, program investments grow, and demand for recovered material rises domestically and abroad.

Trump has said his policies can lead to growth in the gross domestic product that will exceed 4 percent annually. Such figures have not been seen since the 1990s and would be a massive jump from the roughly 2 percent GDP growth seen in recent years. If the U.S. hits 4 percent in the coming years, you can bet the country’s recycling sector will be thriving.

But plenty of questions linger around Trump’s plans to get to 4 percent.

One report issued by Moody’s Analytics earlier this year took into account all of Trump’s proposed economic policies and tax plans — and came away with the conclusion that “the U.S. economy will be more isolated and diminished” after one year of a Trump presidency.

Another telling look at economic realities came in a presentation I saw at this fall’s Paper & Plastics Recycling Conference in Chicago. Keynote speaker Bill Strauss of the Federal Reserve Bank of Chicago noted that in the years since the recession of 2008 and 2009, the country’s GDP has risen every year, but only at meager rates. This was perplexing since post-recession years typically offer the biggest chances for dramatic gains.

Strauss said the curious case of American sluggishness ultimately boiled down to demographics — and not the kind tied to the immigration debate. With growing numbers of baby boomers in the U.S. approaching or entering retirement, the overall workforce participation has stalled, even with national unemployment remaining relatively low. That has had far-reaching effects on economic growth.

Strauss predicted more of the same from the U.S. economy in the coming years — “decent but not impressive” — regardless of who’s in the White House.

In short, the policies put forth by one leader or even by all of Congress can only go so far in driving economic growth. The recycling industry will not be insulated from the current national political shifts. But businesses and local programs shouldn’t expect last Tuesday’s election results to be the ultimate force of the future either.

Dan Leif is the managing editor of Resource Recycling. He can be contacted at [email protected]e-recycling.com.