MRF of the Moment: Ballistic separator part of facility retrofit in Nebraska 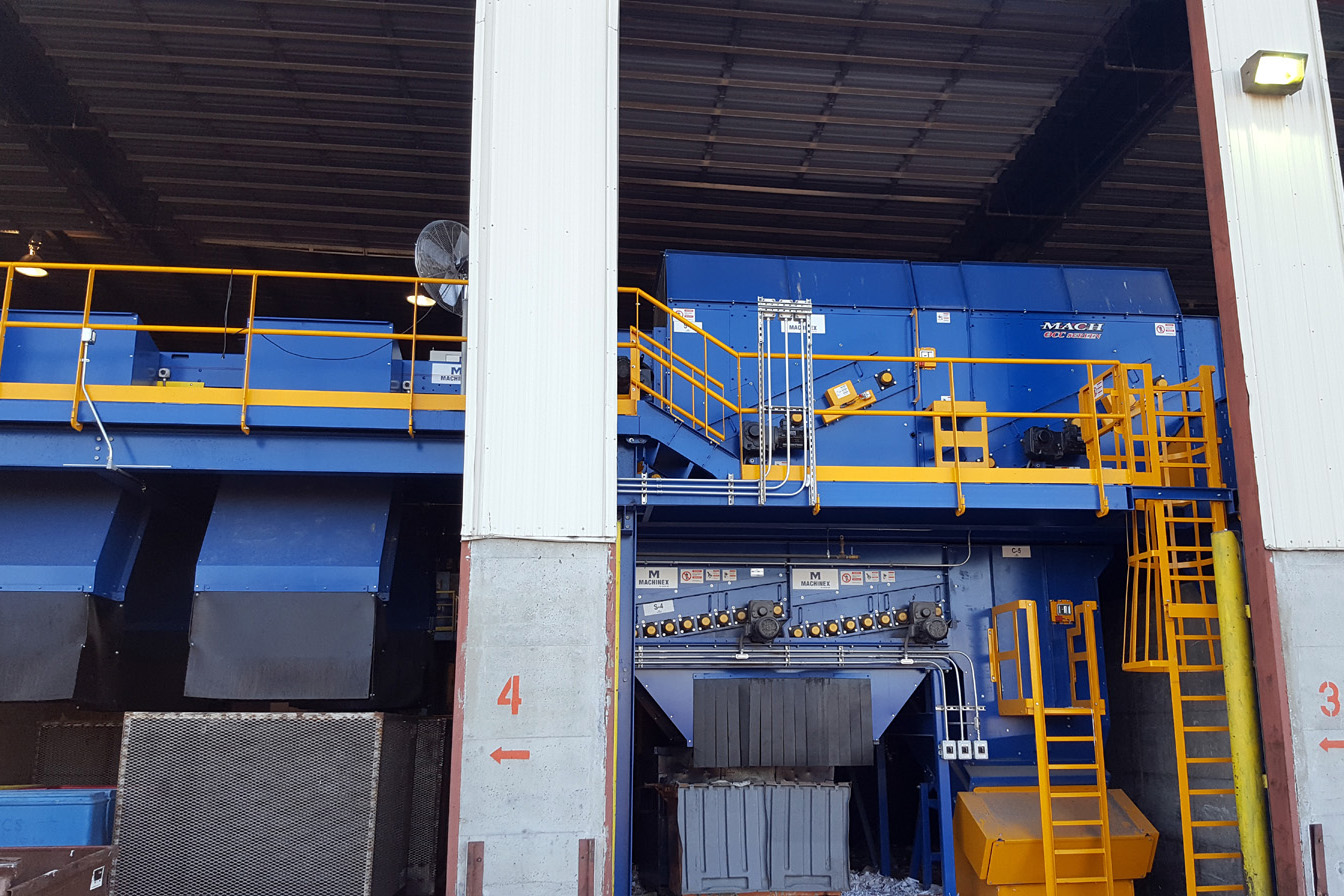 An upgrade at a Midwest MRF has dramatically boosted its throughput while allowing it to better separate materials.

The changes at the Mid America Recycling facility in Lincoln, Neb. have increased throughput from about 1.5 tons per hour up to 10 to 12 tons per hour.

“It has helped us maximize the value of the plastics and all of our commodities,” said Kelley McReynolds, general manager of Mid America Recycling.

Completed in May by Machinex, the retrofit included a MACH Ballistic Separator to sort fibers from containers. It also included a two-deck OCC screen and a new feed system with a back-scraping drum.

Previously, the system, which was at capacity, relied solely on manual sorting, which allowed it to separate metals and glass but left it baling all plastics together, McReynolds said. Those mixed plastics bales were being sent to Mid America Recycling’s MRF in Des Moines, Iowa for further separation. Now, the Lincoln MRF is able to create PET, HDPE and mixed plastics Nos. 3-7 bales itself.

The upgrades, which cost a total of $697,000, took place in May. The Nebraska Department of Environmental Quality provided a $199,000 grant to support the project.